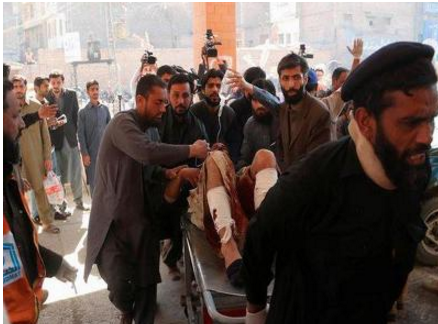 Sargodha, Lahore – In a horrific incident near Lahore, a custodian of a Dargah in Pakistan has killed 20 people including three women in the name of cleansing the sin. The incident has been reported from the remote areas of the country where devotees went to cleanse their sins in the dargah or shrine.

The custodian of the dargah along with his disciples took the charge of the victims and allegedly killed them. It has been told that the victims were first drugged, then stripped and then hatched to death with a dagger. They were later clubbed as well. As per the local believes the sins of the people get cleansed when the custodian club them in the dargah of Muhammad Ali Gujjar. The prime suspect is Waheed who is the custodian of the dargah and is also an employee of Election Commission of Pakistan.

Abdul Waheed has been taken into custody and investigation is under process. The Sargodha Deputy Commission Liaquat Ali Chatta has said that all angles are in the considerations for the committed crime. It is also under the scanner that whether there was any conflict of groups over the control of the shrine. The identification of the victims has already been done. The death toll is at 20 and 3 others are serious wounded due to the crime.