Samsung Galaxy 8 is believed to be the next flagship smartphone of the South Korean giant has again come in the news for something very interesting. If reports are to be believed then the Galaxy S8 would have dual cameras with ultra-modern features.

Yes, the new Samsung Galaxy S8 would feature a vertical dual camera with 12 MP and 13 MP CIS sensor reported the Reviewer. Another rumoured post that has shown a photo comparing the Samsung Galaxy S7 and Galaxy S8 dummy, has given a sneak peak to the much anticipated phone. According to the photo, the phone would be 6.3 inches of display with no curved edges. 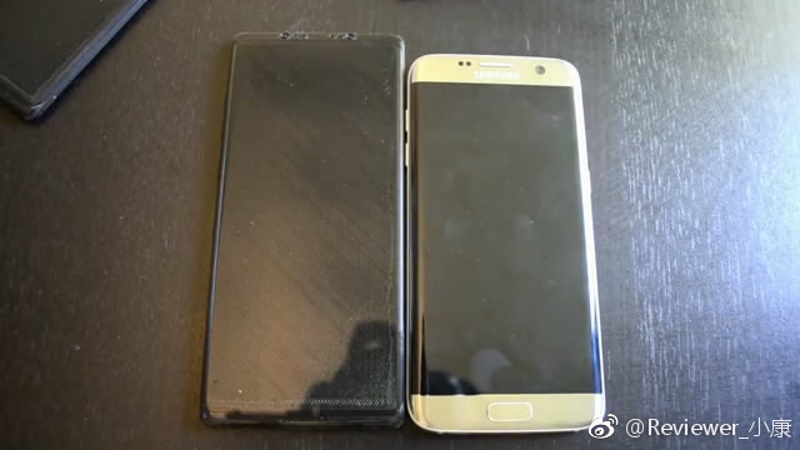 Samsung Galaxy S8 may also sport a screen embedded fingerprint scanner. This would do more goods to the phone believe the experts. However, no specification of the Galaxy S8 has been officially announced by Samsung. It is believed that the flagship phone will be unveiled by Samsung at IFA, 2017.

As per the details available so far, the phone will be powered by Snapdragon 835 SoC in the United States and Exynos 8895 elsewhere. The phone will be equipped with the much touted S Pen of Samsung to give the users a leisure experience over the phone. It is reported that Samsung has really worked hard on the battery of the phone after the debacle of the Samsung Galaxy S7. The new phone will have a powerful battery with 3700 mAh power backup.

In all words, the phone looks interesting and exquisite. However, the Berlin IFA 2017 would tell more about the smartphone that can regain the marketplace for Samsung.