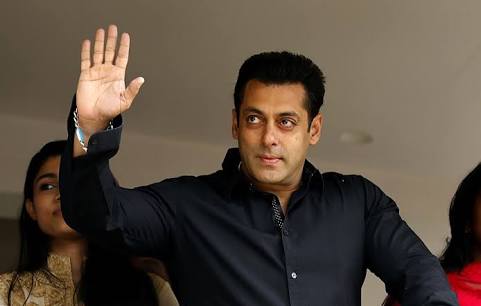 Salman Khan Rape Remark has stunned everyone and twitter have reacted as well. But the Bollywood Superstar Salman Khan can never be wrong at least for the fellow actors and for his fans. Yes, even after the raped woman remark, people are busy in finding the intentions of the actor, not the words. On the other hand, when, Tanmay Bhatt made a Snapchat video and mocked Lata Mangeshkar, all the Bollywood came together to slap Tanmay. But Salman Khan is always cool.


He said that the schedule of Sultan left him felt like raped woman. He has hardly any idea how raped woman feel and there is hardly any instances where he came forwarded to help the rape victim. In India, the rape victims are always demeaned and often they do not get a place in the society and the superstar of the same society compares his schedule with their pain.
His father has already defended him and there is nothing new in it. Veteran Bollywood Storywriter Salim Khan came in defense of his son and said that his intentions were not wrong. I am sure 99% of fathers would have done the same thing, defend their child. However, Sona Mahapatra, the singer made bold statements against Bhai, well none other said anything so far, she was trolled, abused and humiliated. Bollywood is slowly becoming Hippocratic. They come together for freedom of speech and then they fled away when someone degrades it.
Here is the Sona Mahapatra twitter Reactions, and you would find out that Salman Khan rape remark has nothing to do with anything and he can’t be wrong in Bollywood.

last 4 who have written in amongst 100 others. Proves the kind of example their 'hero' has set. #PopularCulture pic.twitter.com/MM1Ivh0BiA

Dear Bhai Chamcha's,
You continue to prove my point with every perverted, sick, cheap message you write to me. HaHa pic.twitter.com/9lZAcydfHs

Heard that Salman tried to retract his statement after saying it indicating some self awareness of how wrong it was. Saying sorry won't hurt

Dear idol of millions, Getting your father to say sorry everyday isn't good enough. Teach your fans something good for a change? #India

S Swathi Murder Case – Ugly Truth Behind the Murder is...