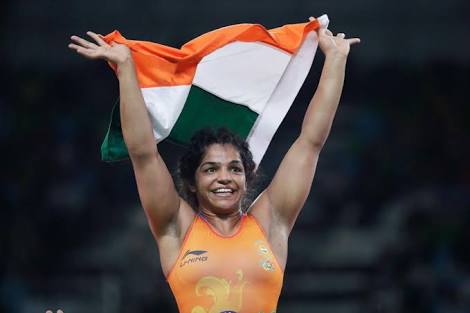 But that is not the only thing that she did. She has done lot to the Indian sports and made the country proud. India was going through a tough phase in the Rio Olympics and went medal less for 11 days. Sakshi Malik then turned it around. When men could not do, a woman from Haryana turned around for the country. Ironically, Haryana is the state where most number of female foeticide is observed. In words of Virendra Sehwag, this is what happens when you don’t kill your daughter.

How Sakshi Malik turned the game

It looked evident that she will be fourth person to finish fourth in the ongoing Rio Olympics 2016. She was trailing by 0-5 and her opponent was in full control. Sakshi had couple of minutes to change the course of the match. She went for the kill and ensured that she won the match 8-5 to win the medal.

Indian wrestling got another boost and she has again inspired a generation that what men can’t do , a woman can.

Veenu Paliwal Died – She Loved Driving and Drove Till the...

Pakistan Media to host Anti-India shows – Kashmir Propaganda to be...