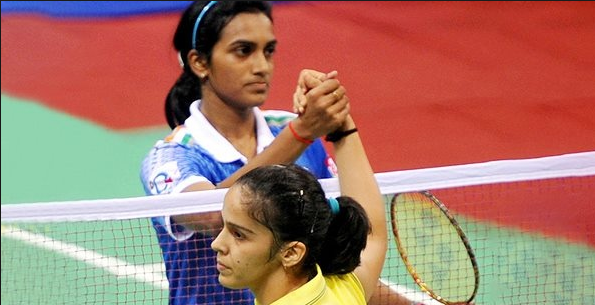 Ace shuttle players, Saina Nehwal and PV Sindhu came together recently to end all the rumours. It has been reported many times that the two leading badminton players do not share good terms with each other. However, things do not seem to be the same.

Saina Nehwal recently shared a photo on her Instagram account posing with ghost doll along with PV Sindhu. Both the players are part of the Indonesia Open series for India. However, both the players have lost their respective matches in the Super Series and Indian hopes have been dashed. However, that does not mean that both the superstars of the Indian Badminton are not in good terms. The smiling picture of both the stars showed they were having a good time. 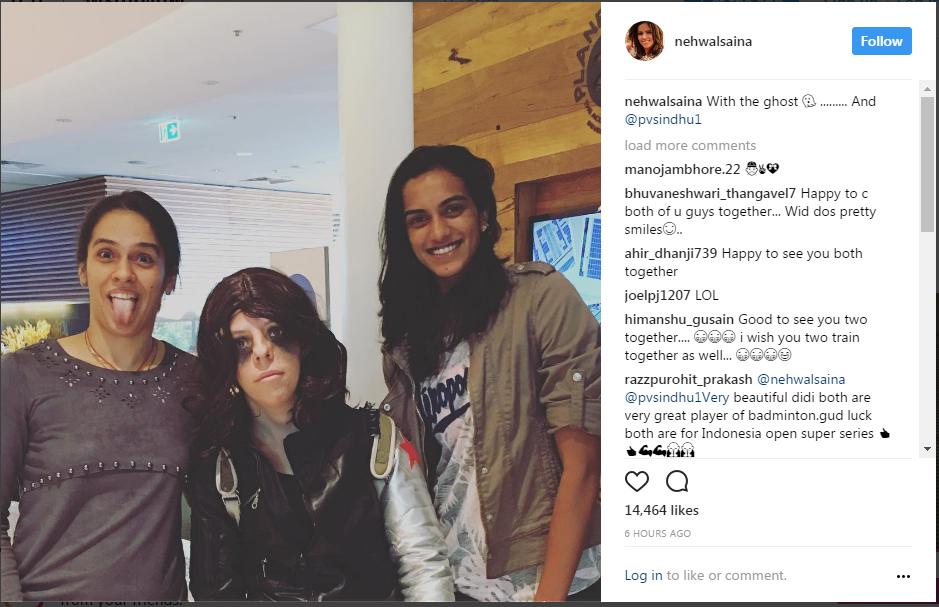 Saina Nehwal and PV Sindhu both have won Olympic Medals for India. Saina was first to do to win a Bronze and Sindhu bettered it last year with a Silver. Saina came out from injury and is regaining her confidence whereas Sindhu is bettering her game with every game. The National Coach P Gopichand is optimistic about both. He is also the coach for Sindhu whereas he first coached and trained Saina Nehwal.

Indian badminton has come a long way ahead with players like Srikant Kadambi, PV Sindhu, Saina Nehwal, and others are achieving feats in all over the world. Saina and Sindhu came together and gave a message to the world that they are professionals. This gesture is sure to win the hearts of their fans.