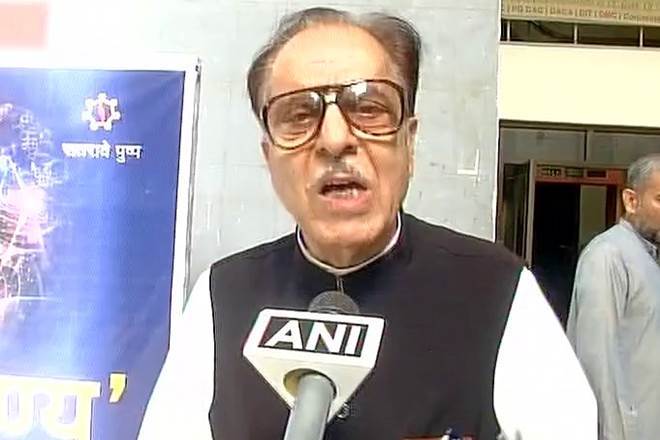 Saifuddin Soz sparked controversy yet again on Kashmir issue. The veteran Congress leader and the former minister told that given a chance Kashmiris would choose for Independence rather than annexing to Pakistan. He also said that he echoes views of former Pakistani President General Parvez Musharaf. This is not the first time he has made controversial statements. He previously told that Burhan Wani should have kept alive for talks.

As the Kashmir situation has intensified yet again, this would act as a catalyst. Congress may distance itself from the statement but that does not heal them from the burn. Often the Political leaders from both BJP and Congress make irresponsible statements under their capacity and dumbstruck their party commands. This is yet another incident for the Congress party ahead of the 2019 elections. Congress is already battling a negative image when it comes to national integrity and this statement may further hurt them.

Saifuddin Soz is releasing his new book on Kashmir and the statement was in the context of his book. It can be a promotional gimmick from the leader for his upcoming book Kashmir: Glimpses of History and the Story of Struggle. However, his comment on this issue is very sensitive and has already started an uproar. He also mentioned that Central Governments in India could never take a concrete decision related to Kashmir in the past and instead made Blunders.

Kashmir Valley is still unrest as cross-border terrorism has intensified. The military operation against the terrorists has also increased and four terrorists were gunned down today reportedly from ISIS. One J&K Police Jawan is also martyred in the encounter.

CPEC – Pakistan has triggered the suicidal button for the sake...

UK Brexit – Tale of Two Leaders Who Will Not Be...