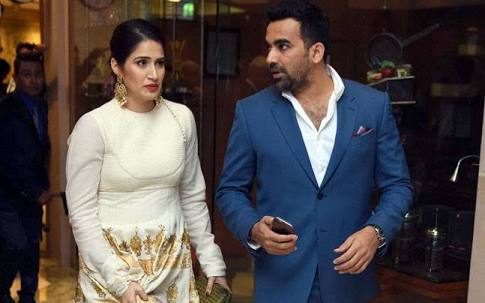 Sagarika Ghatge and Zaheer Khan Relationship talks are going on since a long time. The appearance of the couple during the wedding of Yuvraj Singh sparked the rumours even more. The couple looked comfortable with each other and the chemistry between them was really fresh. However, Sagarika or Zaheer never opened up about the affair. However, in a recent interview, Sagarika has dropped all the hints possible to indicate that they are together.

She said that she does not like talking about her personal life with anyone. However, she admitted that she is in a great space of life and Zaheer Khan is an important part of it. She, however, hinted that she would remain low profile and as she is even though she has been linked with anyone when she was asked about the pressure of dating famous cricketer. However, she did mention that she had respect for Zaheer and his sports.

However, nothing is official as of now. Sagarika is now preparing for her next movie alongside Arshad Warsi and Naseeruddin Shah, Irada. She revealed that she is playing the character of a girl who believes in justice. She told that Zaheer will watch the movie without even being asked.

Well, even though Sagarika Ghatge said that private life is not for the press, but her interview is enough to speculate the rumoured love story between them even more.

Ae Dil Hai Mushkil Problem – No Sign of Relief for...

Karan Johar Kajol Fight – Why it looks Publicity for An...