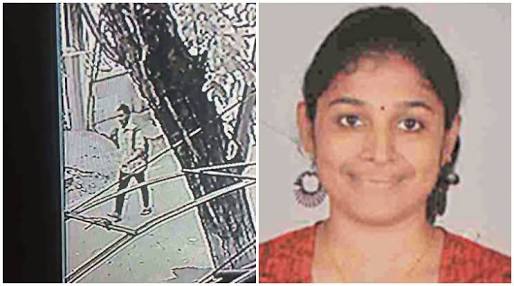 S Swathi Murder Reason has been confirmed by her friend in a turn of events. The close friend of S Swathi said that the person is a stalker and was following her on June 9 and 10 as well. Speaking to Police, she said that the suspect photo captured from the CCTV Footage is the same person who was stalking her.

Chennai Police said they were suspecting the stalking case but the statement of her friend just boosts the investigation. Swathi told her parents and friends about the stalking. However, her family choose to ignore the warning signs. However, they wouldn’t have any idea that the consequences will be so tragic. The S Swathi Murder Reason has just gave Police the proper direction for the case.

As per the reports, the suspect is on the run and search teams are trying to nab him. There are chances that the suspect leaves the border of Tamil Nadu itself and Chennai Police is taking all measures for the same.

The stalker allegedly followed her to the Infosys campus from her home. Chennai Police is even finding details about Infosys Mysore campus where she was trained few months back. Police investigation team is however working on different angles and prospects to crack the case and nab the accused. It has become a high profile case and entire India is looking forward for the investigation in this tragic Murder Case.