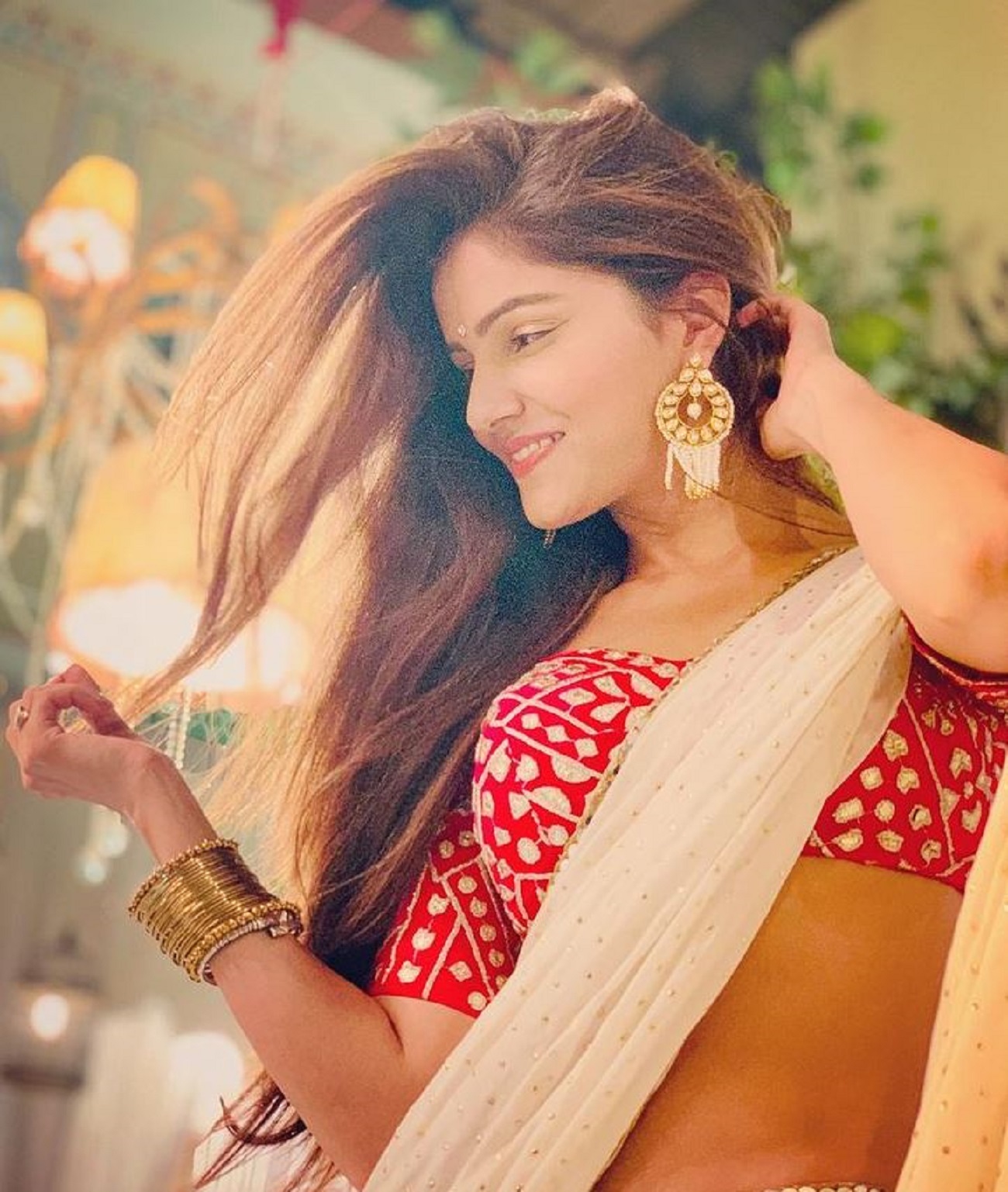 Rubina Dilaik made her presence felt on Indian Television, long before she entered the Big Boss 14 house. The girl from Shimla was a beauty pageant even in her teenage. She was the Miss Shimla in 2006 and Miss North India in 2008.

Well, it was just the start of something incredible for her. She wanted to become an IAS and preparing for it in Chandigarh and gave auditions for Choti Bahu of Zee TV. Well, as expected she was screened and got the role.

Rubina Dilaik is married to Abhinav Shukla and both of them entered into the Big Boss 14 house together.

Rubina slays in Saree. She is one of the actresses in the Television Industry who is often seen in Saree and looks gorgeous.

Here are 22 photos of her in Saree.