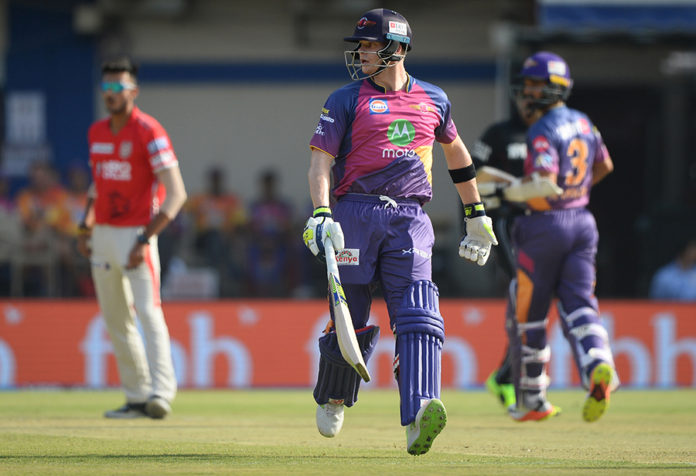 This IPL it is all about the combination and Rising Pune Supergiant is probably missing that. They have a new captain in the form of Steven Smith and have wealth of experience of MS Dhoni. However, somehow they are missing the links and that was clearly visible in the KXIPvRPS match.

Kings XI Punjab defeated Rising Pune Supergiant by 6 wickets at the Indore Stadium on April 8 in the Match No 4 of IPL 2017. However, that exposed the weaker part of the Rising Pune Supergiants. Ben Stokes played important innings to take the score to 163 runs. However, we all know how gettable is 163 in a T20 match. Manoj Tiwary came handy, but MS Dhoni misfired again. However, it is all about time. Steve Smith could not repeat his magic as well.

The disappointing thing was, however, bowling for the Rising Pune Supergiant in KXIPvRPS match. Imran Tahir was impressive but none other looked threatening. The team needs to have a good combination to defend score as well which Sunrisers Hyderabad is doing. A player like Lockie Ferguson can also be tried if Daniel Christian does not fire. He is an excellent allrounder and has done well in the Australian summer.

The team has allrounders from the overseas players but unfortunately including Smith they can only play three more. It looks impossible for the team to omit Imran Tahir at the moment. So, the option remains is to drop either Ben Stokes or Daniel Christian. With all probabilities, Smith would like to try and swap the position of Christian in the coming matches.

Rising Pune Supergiant is to play Delhi Daredevils on April 11.