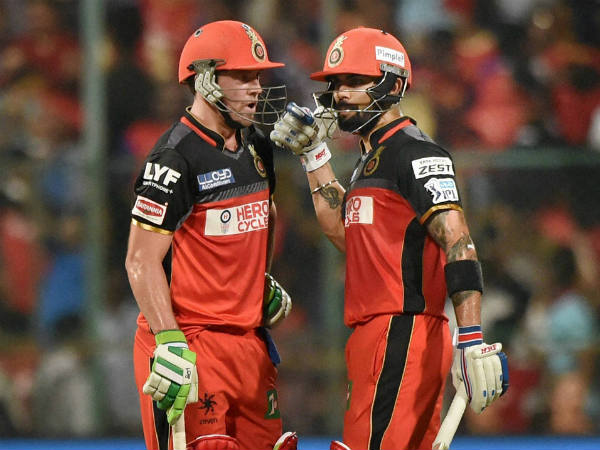 Virat Kohli and AB de Villars are class batsmen, and RCBvRPS match proved it yet again. However, what they are doing in IPL 2016 is something that every team must understand. In the match RCBvRPS , MS Dhoni failed to understand the tricks of Kohli and De Villars and they stretched the innings to the last over while batting first. The 180 score is considered a winning score in T20s but no score is defendable and every score can be chased in T20s as well. But MS Dhoni and Co failed to understand and capitalize the opportunities. Here are the reasons why Virat Kohli and AB De Villars were superior against the Pune Supergiants and why Pune lost a match from the first ball of the chase.

They never looked to clear the stadium every ball and they were playing comfortably. De Villars looked more attacking while Kohli seemed bit struggling. Kohli was missing some odd balls and some of his shots were mistimed as well. However, unlike others, he did not rush to anything. He knew that he is in supreme form and he left the job to De Villars and he kept rotating the strikes. Well, he hit the odd boundaries so that pressure does not mount on the other end. The superior class of the two batsmen has defeated many teams and now they have 150+ partnership thrice in T20s and without any surprise nobody else has it.

RCB is arguably has one of the least bowling attacks but it managed to restrict the score thanks to the poor batting from the Pune batsmen. Well, it has to be mentioned that Kevin Pietersen, unfortunately, got ruled out due to injury but apart from Dhoni and Rahane, nobody else showed the intent to win. It was too much for the team at the end. Dhoni as usual not playing the allrounders like Irfan Pathan and that has been a major concern for the team Pune. He has indicated he may bring in Morkel or Mitchell Marsh in place of injured KP.
RCB has again entered the top 4 and Pune is slowly slipping to the bottom. The IPL 2016 is bringing different dynamics in the game.