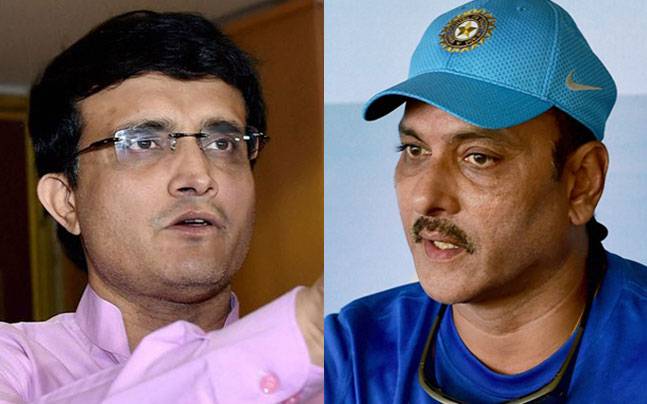 Ravi Shastri is pulling the Wrong Trigger after being overlooked by the Cricket Advisory Committee for the Indian Head Coach of Cricket. India is a cricket passionate country and an outgoing coach has never made so much fuss about the selection in past.

BCCI controls cricket and the decision made by it should be accepted and respected with all regards by everyone. Ravi Shastri has again questioned Sourav Ganguly and this time, he is even tougher. All his questions look valid but at the same time, Ravi Shastri is pulling the wrong trigger. Here is why?

Shastri claimed that he was on vacation to Thailand and the interview came to short notice, so he was allowed by BCCI to attend it via Skype. Sourav Ganguly questioned his interview over Skype in the latest interview. To add more fuel in Ravi Shastri Sourav Ganguly Controversy, he said that even Sachin Tendulkar was in video conferencing and even Tom Moody, who also applied for coach position.

Now, Ravi Shastri might have forgotten that no one apart from him has questioned the selection. Sandeep Patil, Venkatesh Prasad, Pravin Amre all were a container and none of them was considered. However, they all wished Anil Kumble best wishes.

May be Gautam Gambhir is correct, he was too desperate and over confident for the post.

Anil Kumble Steps Down – Why everything is wrong in Indian...

IndiavZimbabwe – Terrible and Shocking News From Team, Coach and Fans