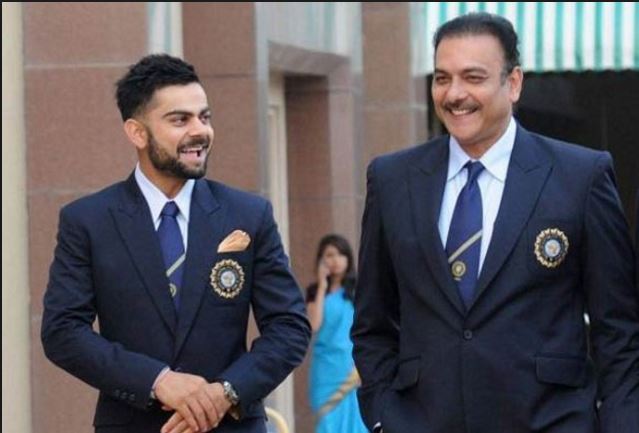 Ravi Shastri is the new head coach of India, revealed BCCI. So, the drama of Kohli Kumble dispute, extended coach’s application time and meeting with other members are over. It was very clear that Ravi Shastri would be the new coach of the team since the news of differences started to come from the dressing room. Many suggested that it was a plan hatched by the Indian Cricket team to force Anil Kumble to step down from the post so that Ravi Shastri can be made the coach.

The CAC that interviewed Ravi Shastri ignored him last year. However, the defiant captain of India, Virat Kohli ensured that his favourite man comes back to the dressing room. So, the new era of Indian cricket starts from today. A coach who was ignored, went on a rant last time. He abused the CAC, especially Sourav Ganguly. He made offensive public speeches. However, a year later, the captain of the team, Virat Kohli forced the Cricket Board to rehire him again at the cost of the selected coach Anil Kumble.

The Cricket Advisory Committee would hardly have any comment on the selection, we believe. The decision was long made. It was the formality that everyone had to go through and they went. Virat Kohli wanted his man till World Cup and he got it.
But does that mean, Cricketers are bigger than the Cricket? Well, this is a debate that would last for long now. It is something that would hurt the fans and raise many questions against BCCI, CAC and of course Virat Kohli.

The general conception for the selection of the coach is that it was pre-decided. But is it fair to hire a coach who went on a rant? He proved how immature he is, how bullish he is last time. But the King of Cricket has changed in India; it is the time for King Kohli now.

As Times of India said, Mr. Shastri indeed came back as a Tracer Bullet.