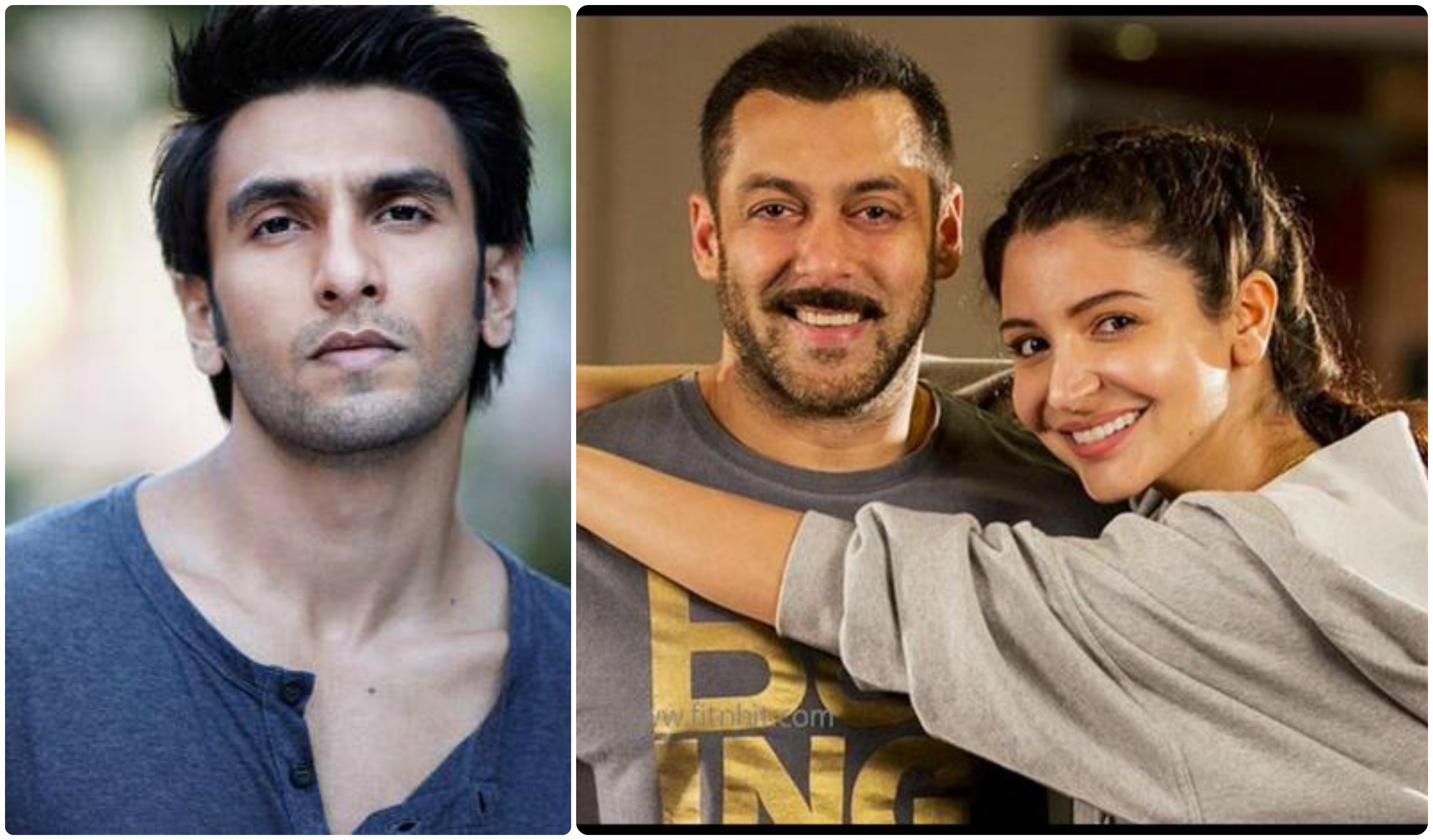 Last month Ranveer Singh danced on Sultan’s song in a theater in Paris. The actor expressed his fondness about his co-actor Anushka Sharma and Salman Khan with his dance on their movie song. But actor received flak for his antics from the Sultan actor instead of appreciation. During an interview, Salman Khan said “Ranveer Singh’s dance in the theater in Paris on our movie song was offensive. He was trying to grab the attention of the crowd and was distracting the crowd from concentrating on the movie.” The ‘Sultan’ actor further went ahead to say that he wanted to break a chair on Ranveer’s head for his antics.

Anushka Sharma also blamed Ranveer Singh and said she was unhappy with the ‘Bajirao Mastani’ actor. She further expressed that she felt like saying “please sit down quietly and let the audience watch our movie”. Sources close to Ranveer Singh revealed that the actor was very upset with the Salman Khan and Anushka Sharma for being rude to him over a little issue.

The actor Ranveer Singh was seen with his ladylove Deepika Padukone at the screening of ‘Madaari’ movie last night. Where on being asked about his reaction to Salman and Anushka Sharma’s rude behaviour, the actor said that he will only talk about ‘Madaari’ and is not interested to discuss anyone’s  movie.

The statement clearly shows that Ranveer Singh is miffed with the lead actors of ‘Sultan’ and her ex-girlfriend Anushka Sharma and he has all the reasons to be so. It is the perfect reply he could have given to the arrogance of Salman Khan and Anushka Sharma being a gentleman.