Speculations are rife that the famous director Sanjay Leela Bhansali has now roped in Shahid Kapoor for the role of the husband of Rani Padmavati, Raja Rawal Ratan Singh. As per the latest development, Sanjay is very impressed with the ‘Udta Punjab’ actor and is keep to cast him in his upcoming classical movie.

Earlier it was reported that the lead actress Deepika Padukone was not very keen to work opposite to a television star. Due to which is reportedly approached Sanjay Leela Bhansali to cast an A-lister for the role of her husband. It is needless to say that if the handsome Bollywood hunk, Shahid Kapoor accepts the role then it would be his first collaboration with the national award winning director. So, is Shahid Kapoor to replace Vicky Kaushal in SLB movie? 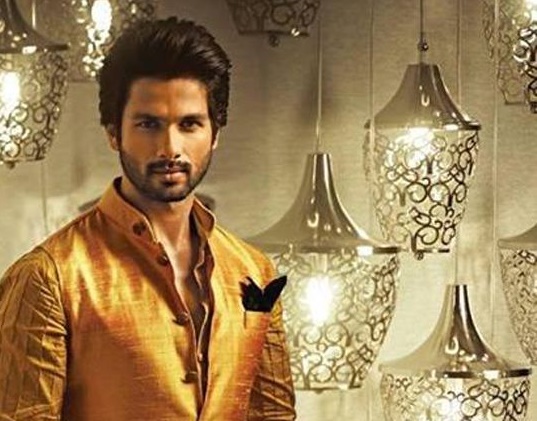 The movie will also feature, Bollywood star Ranvir Singh who will be seen playing the role of greedy conqueror of Dehli Sultanate Alauddin Khilji. As per reports, Deepika Padukone and Ranveer Singh will not even have a single scene together on screen. However, the gorgeous actress will do some intimate scenes with her on-screen husband.

After Ramleela and Bajirao Mastani, Padmavati would be the third collaboration of Sanjay Leela Bhansali with the real life couple Deepika Padukone and Ranveer Singh. Earlier, it was reported that Sanjay was confused between Deepika and Priyanka for the role of Rani Padmavati. But finally due to date issues, Priyanka Chopra had to let go the project and Deepika Padukone was roped in.

The shooting for the movie is scheduled to start from September this year and the movie is expected to hit the screen by December 2017.

Ranveer Singh and Deepika Padukone – Break Up or Something Else

Ravi Shastri Is Unhappy With Azhar – Here is Why