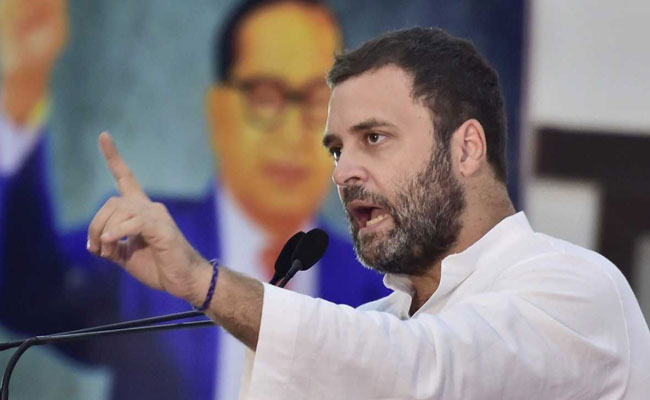 Rahul Gandhi officially took the highest post of the Indian National Congress as the 49th President of the Party. Woomesh Chandra Bonnerjee started the leadership 131 years ago when he chaired the first ever congress meet, as the President of the Party and now Rahul Gandhi has the task to stop the evanescing of Congress Party. Gujarat Election was a big task for the new Chairman but as the Exit Poll suggests it may not bring the smile of joy for him. But that should not be the end of the road for the Congress. BJP has traditionally ruled the Gujarat State and is all set to come to power for the 6th consecutive time. But any gain from the previous poll’s tally will be an advantage for the party. This can be a big boost for the party ahead of the 2019 Parliamentary Elections in 2019.

But the road is not going to be smooth for him. There are greater challenges ahead of him. The ghost of corruption still haunts the party and he has to take some actions to come out clean. The bigger and responsible leaders should come in front. Amit Shah and Narendra Modi are seasoned politicians and it would not be easy for Rahul Gandhi to take away anything from them.

Yes, youth can be a vital factor for changing the mood of the nation. But, honestly, Congress does not really have good support of the youth. The faith on the party is too little and all they have now is the Anti-BJP sentiments, not the pro-congress emotions. The demonetization, GST, Tax, Price Rise are few of the incumbency impacts that can boost the chances of Congress.

But would Rahul Gandhi take some positive and affirmative steps to rebuild the party? Would he change the ideas that have been defining the politics of the Congress? Well, if he courageously does that, then Mr. Modi must reassess his plans, but if he doesn’t, then Mr. Gandhi has to wait for the mistakes of BJP rather than anything else.

Rahul Gandhi as Congress President will be a new chapter for congress but will it be a different chapter?

The Embraer controversy – Five Things that May Shock You