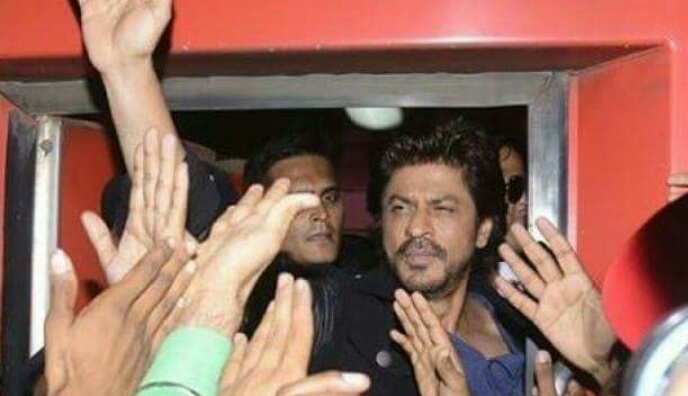 Baroda, Gujarat: Raees Train Promotion has reportedly killed one person and injured several others as per the reports. According to the early reports, a fan fell down and died in Baroda Station.

There is reportedly Chaos at the station.

The marketing team of the Raees planned the entire Raees Train Promotion as Shah Rukh Khan boarded the train Rajdhani August Kranti from Mumbai to Delhi in one of the AC Coach. But they completely underestimated the stardom of the King Khan. As the train reached Vadodara or Baroda in Gujarat, fans stumbled on each other to get a glimpse of their superstar. The situation soon became out of control and Police has to come in. There was even lathi charge to control the crowd. However, there was total chaos and stampede at the station.

Reports have emerged that a person named Farid Khan has lost his life due to the stampede. The primary reports have suggested that suffocation may be the reason of his death. Shah Rukh Khan and his team took the train for promotional purpose. The Director and the producer of the movie were also present at the train. Shah Rukh Khan even expressed his desire to bring his little son Abram to the train journey. However, King Khan might not like the news of the death.

However, question remains that whether all measures were taken before planning the Raees Train Promotion.