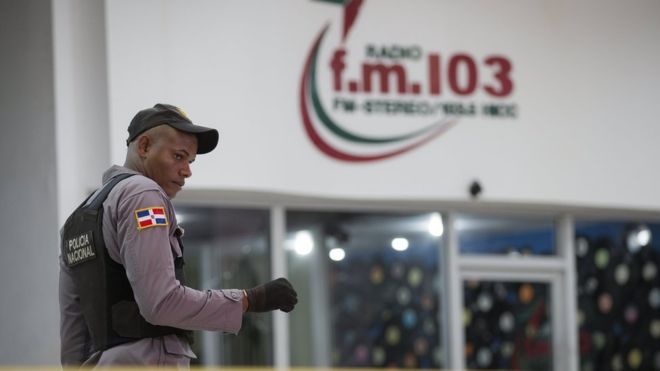 Radio Journalists shot live during a live radio broadcast in The Dominion Republic. The reports suggest that one of the radio journalists was shooting live on Facebook. At the same time, his show was interrupted by the gunshots. The shouting of the fellow journalists was also heard.

The police have arrested the man for allegedly killing presenter Luis Manuel Medina and radio producer Leo Martinez in San Pedro de Macoris. Police have not charged the man yet and said that the motive of the killing is yet to be decided. However, the investigation is on the way to ascertain the truth behind the deadly incident. As the Radio Journalists shot live, panic has spread in the area. A woman is reported to be in the hospital undergoing treatment for the injuries she has suffered. According to the local sources, she is stable but not out of danger.

The investigation team is trying to gather as much information possible to make sure the motive behind the attack. The personal motive cannot be ruled out at this time, however, confession of the killer may reveal some details, believe local sources. Family and friends of the murdered journalists have shown great fear about the incident where they were killed live.

The crime rate of the Dominion Republic has been worrying and this incident further escalates the safety of the citizens. Journalists have always been a soft target for the extremists and the politically influenced goons in the world and this could be another example of the same.

With Inputs from – BBC