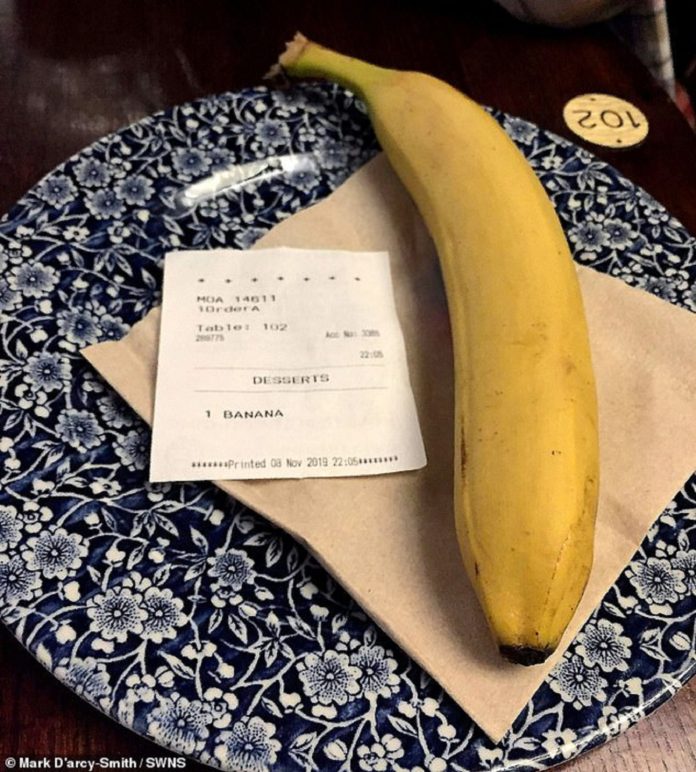 Racism exists in different forms in society and exactly that has happened in Bromley. A punter who ordered a banana to a black customer’s table using the mobile app has been convicted of racist hate crime and fined £1,220, Daily Mail reported.

Louie Kincella, 20, has, however, a different story to tell. He says, that he sent the fruit to Mark D’arcy Smith’s table for an innocent joke during the visit to The Richmal Crompton Pub in Bromley.

Mark D’arcy was with his friend. He did not know Kincella and felt humiliated when he was served a single 30p banana.

After investigation, Kincella was arrested and convicted of a racial crime.

Mr. Smith was left humiliated by this act that happened on November 8, last year. He was shaken by the incident.

He said that the banana was sent with racism. However, he confronted that they didn’t order the banana. The waiter replied that the order came from the pub’s app and was asked to be delivered in Table 102, where Mr. Smith was sitting.

Even though they tried to complain, it was not taken seriously, leaving them disappointed. However, he contacted the police.

Following an investigation, Kincella was arrested on January 17.

The court convicted him for racially aggravated behavior. He was fined £600 and told to pay £620 for the court fee.

The investigation took time as there was no CCTV camera. Mr. Smith felt happy after the verdict.

Bananas are often used as a racial insult for black people. Mr. Smith took the abuse of banana and sought legal help and got justice.