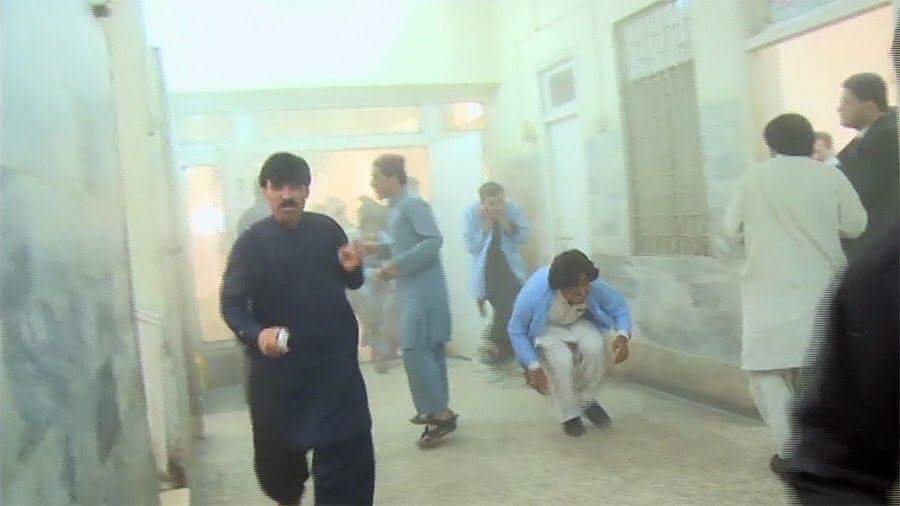 Quetta Hospital Blast – A deadly Suicide attack on the Quetta Civil Hospital in Baluchistan, Pakistan has killed at least 65 people and injured many others. The deadly blast came after Bilal Kasi, President of Baluchistan Bar Association was gunned down.


Bilal Kasi was shot at the Mano Jan Road and his body was brought to the emergency department of the hospital. Lawyers and journalists were present at the location in the place and the blast went off at the gate of the department. This has caused major panic and security forces have rushed to the place. According to Daily Pakistan, there were gunshots as well after the blast and the magnitude of the terror attack were immense. The death toll may very well increase. The treatment of the injured are in process and there are many in serious conditions.


Baluchistan is one of the disturbed places in Pakistan and terror has often stroked the provincial capital Quetta. However, the Quetta Hospital Blast is a condemnable act from the terrorists. The medical facilities should not be attacked at any part of the world and the loss of lives are condemnable everywhere.

Quetta Hospital Blast has spread the panic across the province. No group has so far claimed the responsibility for the attack. However, it is understood that certain group has taken the revenge of the death of the Bilal Kasi and it could be an unplanned attack. The investigation is under process and the Police of the Quetta Province or any federal agency of Pakistan has not released any report so far.