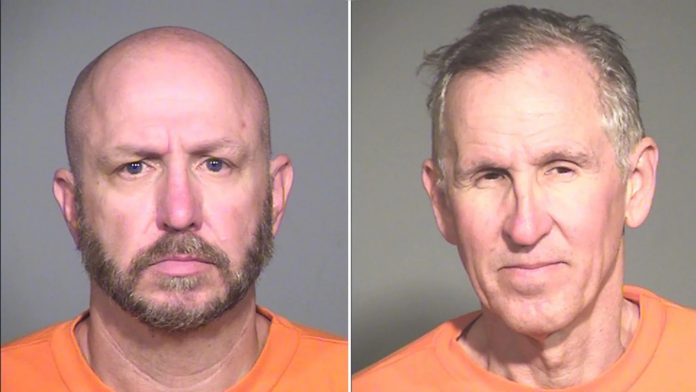 A manhunt is on for a prison escape in Arizona. Two serious criminals broke out of state prison on Saturday night. The manhunt operation is underway.

John Charpiot and David Harmon escaped the ‘medium custody’ as per the news reports. They were lodged in the south unit of the prison in Florence, the Arizona Department of Corrections, Rehabilitation and Reentry (ADCRR).

Charpiot was serving 35 years of prison time for molestation of a child and sexual abuse. He was convicted in 2011. Harmon was sentenced to 100 years in prison for kidnapping and second-degree burglary.

According to the report, both of them were last counted on 4 PM Saturday. However, at around 8:30 PM, they were not accounted for.

Preliminary investigations have revealed that both of them managed to get some tools from the utility room in prison. They were able to cut through the fence use those tools, investigating officials revealed.

In a statement, the department said,

“This is currently ADCRR’s top priority, and all available resources are being employed to the search effort.”

Dog units and other teams are at work to find out the background or whereabouts. They are also trying to find out any person who is associated with them.

Governor, Doug Ducey tweeted that any information about the inmates would be appreciated. The reward per escapee has been set as $35000.

After the prison escape, the authorities have urged people to call 911 to inform the whereabouts of both the inmates.