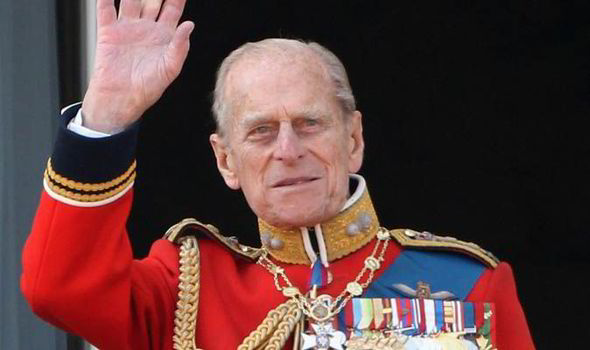 Prince Philip has decided to be relieved from the Royal duties from September 2017. The Duke of Edinburg will no longer be part of the public engagements. The husband of Britain Queen Elizabeth II, Prince Philip has been a strong face in Buckingham Palace.

It is however told that he has taken this decision personally and Buckingham Palace has released the statement. He would, however, carry out all the pre-decided engagements till August. A cricket fan, Prince Philip, however, would remain associated with all the organizations where he is a patron, president or member as Duke of Edinburg. He will turn 96 on this June and feels it is the right to move on. However, it would only mean that Prince William and Prince Harry along with Prince Charles, his son and heir have to carry out more Royal responsibilities. Both Queen and Duke of Edinburg have not travelled much since last few years due to age and other factors.

Will Queen call it a day soon?

The voices that have long been suppressed have become audible again that say, may be it is time to move on for Queen as well. However, Queen has not made any decision so far but it is believed that the process has started and the old guards of Britain Monarch have started paving the way for the younger generation. Prince Charles would become the King of England when Queen Elizabeth II leaves her Royal duties. She might follow her husband on this. It is believed that Prince Charles will get crucial Royal duties it will not be far when he would get the crown of Britain Monarchy. He will also become the Duke of Edinburg after Prince Charles.

Turkey Referendum – What if President Erdogan wins the “Yes” Campaign

Brexit Starts – Theresa May invokes both Article 50 and Article...