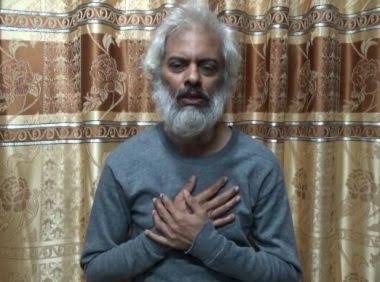 Thomas Uzhunnallil , a Catholic Priest from India is still held captive under the brutal Islamic State. There was once a news that the priest might be executed by the extremist Islamic Group, but the latest video released indicates that he is certainly not well but alive.

The emotional message of Priest Thomas Uzhunnallil has yet again raised the question of the religious leader who is not from Europe. The Priest has said the same thing and expressed his anguish that he is being ignored for being an Indian. In his message he said that had he been an European, he would have been rescued.

His close relatives from Kerala, India have said that Pope Francis and India Government should take the case seriously. Meanwhile, Sushma Swaraj, the Minister of External Affairs, has assured all possible steps to rescue the priest. She said that no Indian life will be ignored at any point of time. She also referred the earlier cases when Father Tom and others were rescued.

However, the question remains  regarding the priest and it  has to be seen whether Thomas Uzhunnallil is taken seriously. He was captured by the Islamic State militants in March in Yemen. Many people were killed during the attack on a Missionary in Yemen.

It will be a great guesture from the Vatican or from the Western world if they come together with Indian Government to rescue the Priest from the captivity.