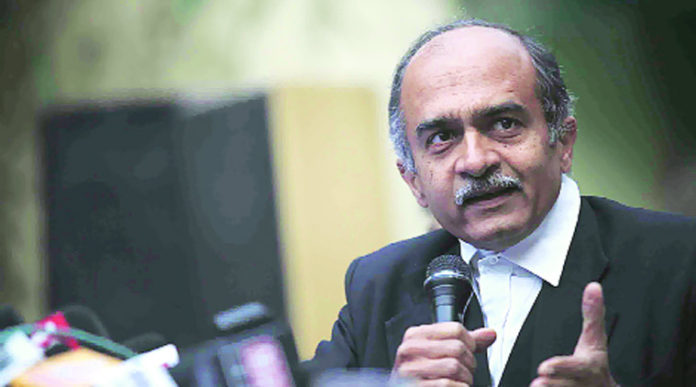 Prashant Bhushan, a senior advocate and co-founder of the newly formed party, Swaraj Abhiyan found himself in the mid of yet another controversy. This time the eminent advocate tweeted a derogatory tweet against Lord Krishna. In his recent tweet, the ex Aam Aadmi Party member said that Lord Krishna was a legendary eve teaser.

Following his controversial tweet, Tajinder Pal Singh Bagga, spokesperson of BJP in Delhi has lodged a complained against the senior advocate. On Sunday, Prashant Bhushan took to twitter to post an objectionable tweet targeting current Uttar Pradesh Chief Minister Yogi Adityanath. In the tweet, he states “Romeo loved just one lady, while Krishna was a legendary Eve teaser. Would Adityanath have the guts to call his vigilantes Anti-Krishna squads?”

The controversial tweet has offended many Hindu followers and they are protesting against the tweet. Now it remains to be seen whether the senior advocate will try to flash the freedom of speech card or not. Meanwhile, post the controversy, Prashant Bhushan tried to clarify his stance on the matter and said that his tweet was not meant to hurt anyone’s religious sentiments. He clarified that he wanted to raise a point against the anti-Romeo squad led by UP chief minister.