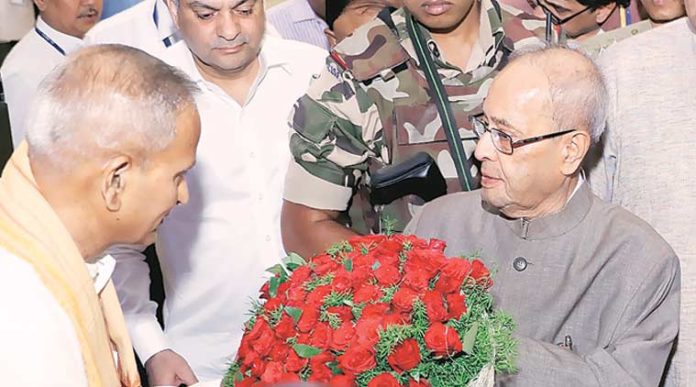 Pranab Mukherjee RSS speech has come under serious discussion in the political circle. The Congress Party is not at all happy as Pranab Da would deliver his speech in Nagpur, the bastion of RSS. His own daughter has slammed for the same as she thinks that BJP would use it for the 2019 Parliamentary Elections. He has already clarified that whatever he has to speak, he would do that in Nagpur.

But what significance does this Pranab Mukherjee RSS speech brings in? Mr. Mukherjee is a seasoned politician and was in Congress. He has served as Minister several times. Most of all, he was considered to be very close to the Gandhi family. So, going to a deliver a speech for RSS looks weird, isn’t it? Well, certainly not. The most important thing about him is that he is a former President and that made him an apolitical person. Being a former President, he should share his experiences everywhere irrespective of the party and politics.

A former President should be above the petty politics. He should not speak about the Congress ideology, neither should he thump chest the RSS ideology. If he is there for a reason, he should deliver the same. His former party mates may not be happy with him but they should now disassociate him from the politics.

We all hope that he would share his experience and enrich everyone with some valuable inputs.