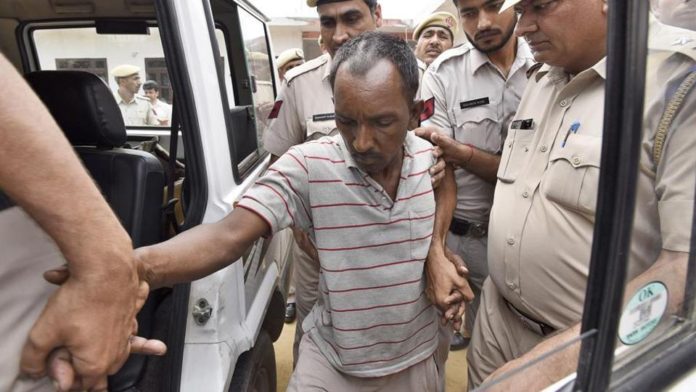 Pradhyumn Thakur murder case has exposed the Police Department of Gurgaon so badly that it would take ages to recover. Gurgaon Police claimed that it had cracked the case on the very first day and arrested Ashok Kumar who was a bus conductor with the Ryan International School. Everything looked fine till CBI stepped into the investigation. The Police theory of killing and sexual assault of the kid was not convincing but slowly people started believing it.

The CBI then arrested a Class XI student of the same school on the murder charges. Things turned dramatically in the Pradhyumn Thakur murder case. The boy has now confessed the crime in front of his father. Now here is what happened on that day according to CBI.

Class XI boy bought a knife from a local shop and carried it with him in the school. He told his friends before that he would ensure that the papers of the half-yearly exams get cancelled and hence no worry to study as well. On the second day of the exam, he stood in front of the washroom and waited for someone to come. The CBI said someone had to die that day and little Pradhyumn was at the wrong place at a wrong time. He lured the boy inside the washroom and slit his throat and alerted everyone. He then went to the classroom and sat for the exams. As he planned, the paper was cancelled after 15 minutes. He said that he did not who the boy was but he did it to postpone the exams and PTA meeting.

However, Gurgaon Police had a different story. CBI investigated the CCTV footage and questioned almost 125 teachers, senior students, and staffs. They have apprehended the boy based on the suspicion and then after long question, he confessed to the crime. The Bus Conductor has been given a virtual clean cheat by the CBI as the agency said that they have nothing against him.

The family of the bus conductor is now planning to file a case against the cops for making him a scapegoat in their alleged blotched investigation.

Will there be more in this murder case? Only time and CBI has the answer.