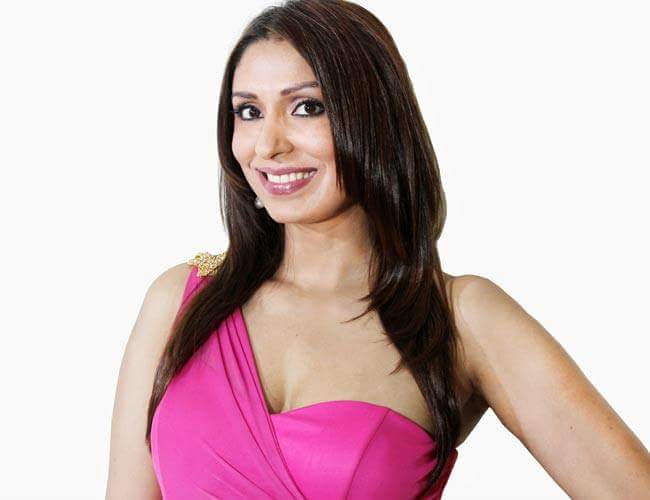 Pooja Misrra has created headlines with her new claims of rape. Yes, she has lodged a complaint of rape against Bollywood star Salman Khan and Shatrughan Sinha. The ex-Bigg Boss participant alleged that the celebrities have raped her during the shoot of her upcoming show .
Pooja Misrra has even posted an image of her written complaint in her Facebook account. However , so far it has appeared that it has been done to create headlines and promote her show Abhi to Party Shuru Hui he. The reports claimed that the ex-contestant of Bigg Boss came to the city for the show and the gangrape occurred.


As far as the reports have emerged, it looks like a publicity stunt by the actress as per Bollywood Bubble. However, the impact of case would be worse on the women , than the stars she named.
Any woman who uses such accuse to gain publicity must know the pain of the horror the raped women go through. If the claims are really for publicity then it should be dealt strictly. It is an insult to all the women who are fighting for the justice. But if the celebrities are anyway involve in molestation or rape, then they should be punished as well. 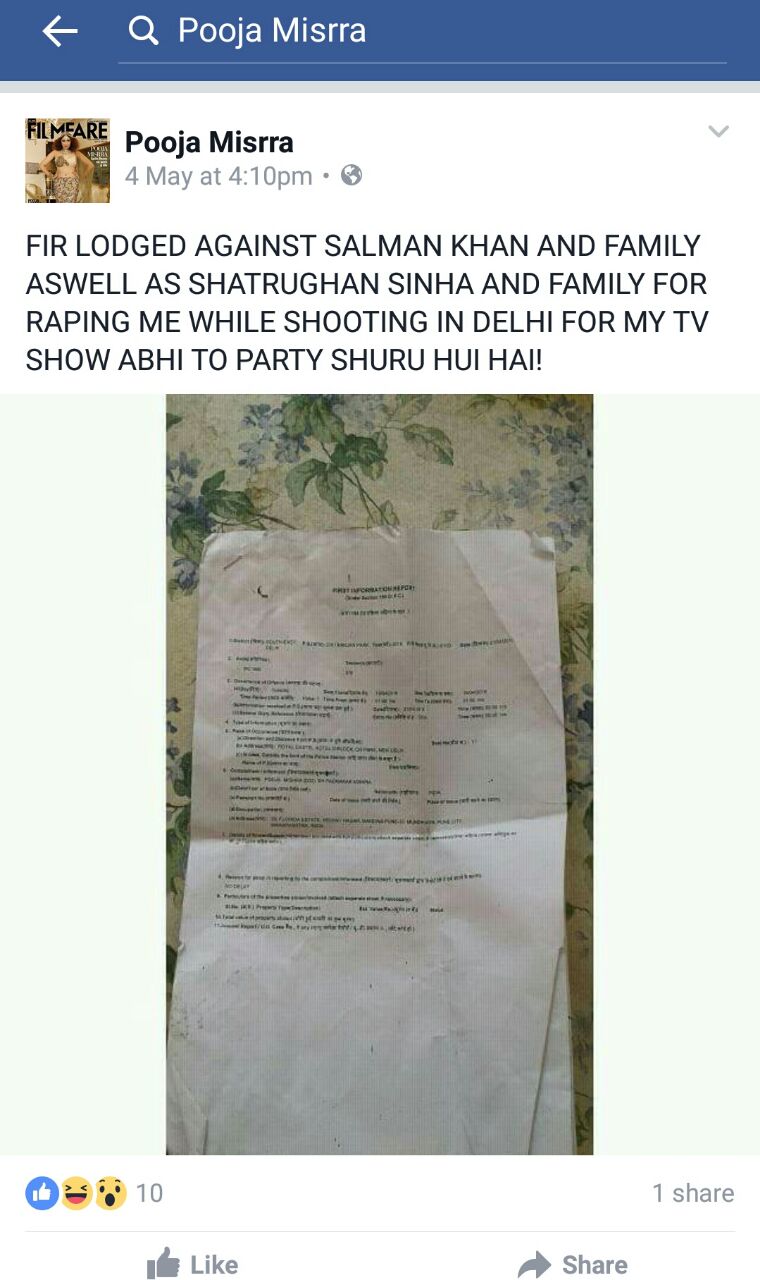 The Asian Herald has no input on the facts of this Pooja Misrra case. It has reported as per the news emerged so far. However, it was posted on May 4 and after that no action has been taken or claimed again by Pooja Misrra in News or media. This gives enough reason to doubt the credibility of the case.