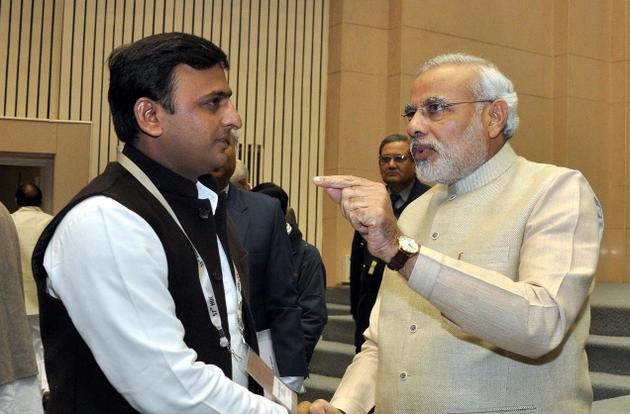 UP Polls 2017 should have a huge impact on the Indian Political environment. The grand alliance of SP and Congress may not be able to stop the BJP to win majority seats in UP. There are strong reasons for BJP to win the elections in a state that holds huge significance in National Politics.

Yes, Congress would be the prime reason why BJP may win. The anger on congress is yet to be diminished from the people and SP may have just made a blunder to go ahead with them. It could be beneficial for the congress to save some face but Samajwadi Party or Akhilesh Yadav may end up in losing the election.

The UP Polls 2017 was nothing different than others and too much polarisation in the name of religious and caste was seen. However, this might backfire the ruling party as the BJP may able to get the attention of the Right Wing Polarised vote shares along with the people who won’t come out of it. BJP has changed its strong stand on Hindutva ever since it has come to power and that might work for them in UP.

Yes, there have been huge reporting of dissatisfaction of people, but there were large sections of the society who supported the note ban and that may go in favour of the Narendra Modi party. The eradication of corruption and hooliganism from UP can bow seed for the BJP in UP Government.

There is no doubt that his stature and popularity as a leader would benefit the party. Even though there has been some decline in his popularity since the Parliamentary Election of 2014, but BJP might hope for the same recreation of the magic from UP.

However, the lack of local leadership and proper organization unit may cost the party in UP. The lack of Chief Ministerial Candidate can become another reason for poor performance for BJP in UP Polls 2017.

The Exit Polls 2017 have given BJP the majority which looked quite evident but there is no say over the voters’ choice.