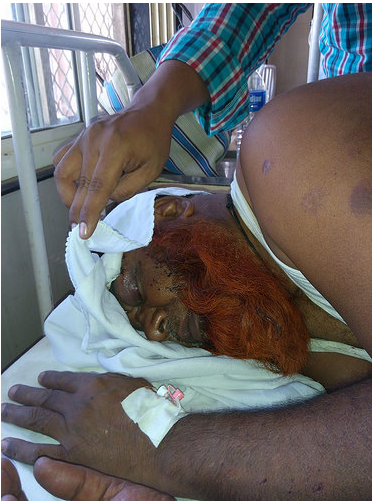 In a stray incident, a  Police officer attacked by mob in Latur district in Maharashtra. At a time when the entire India is crying over the anti India slogans in JNU, a policeman has been reportedly beaten up in Latur district of Maharashtra while he was on duty. ASI Shaikh Yunus Pashiymaya was reportedly beaten up by a mob at around 9 AM. It has been reported that almost 200 people came in a mob and beaten up the ASI badly.

It was told that the mob was out for the celebration for Shivaji Birth Anniversary. It is said that mob was out with saffron flags on the road. ASI Shaikh Yunus Pashiymaya was on duty with another colleague ASI K Awaskar. The officer was on duty and he reportedly restricted people to tie saffron flags on different areas that are marked as sensitive as instructed by the superior officials. However, that did not go well with the mob as they thought they were stopped. The mob then targeted him and the Police officer was beaten up in Latur District. It was reported that the mob tried to shave his beard and also asked him to hold the saffron flags and parade. 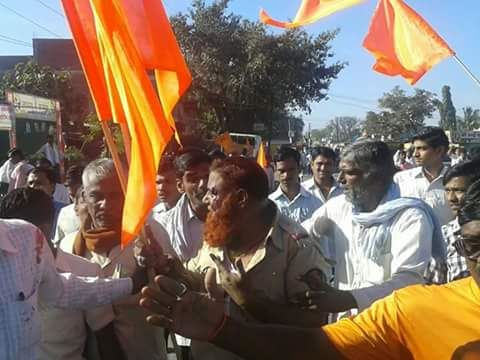 ASI Shaikh Yunus Pashiymaya is recovering in Latur District Hospital. However, it was said that he is still in mental trauma and the other officers from the department are with him.
This incident has sparked a lot of Controversy in political and non-political areas. However, the incident should not be linked with any religious intolerance. This should be treated as an attack on a policeman on duty by the crazy mob. The investigation is on but no arrest has been made so far. However, police said it is not easy to identify people in a mob but the chase is on.

The article was originally published in a Newspaper called Two Circles.

Supreme Court Legal Blow to Modi Government – Third in a...