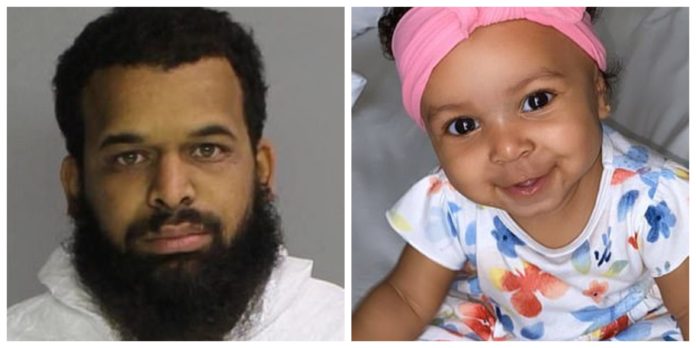 A Pennsylvanian father rapes 10 months old daughter that sent shocking waves in the community. The little kid died of her injuries later.

Austin Stevens, 29, was charged with aggravated sexual assault, rape of a child, involuntary deviant sexual intercourse, aggravated indecent assault, endangering the welfare of a child, and other criminal counts in Providence Township.

The Montgomery County District Attorney Office released a statement and said that Lower Providence Police responded to a home to a report of an unresponsive child.

The CPR began immediately on little Zara. Police transported her to Einstein Medical Centre. She fought her battle for two hours before leaving the cruel world.

Police obtained the search warrant to download the content of Steven’s phone. He conducted a couple of hours of google search for helping his dying daughter before calling the police.

The prosecutors said that the search term was, ‘If the baby stops breathing,’ ‘What if you don’t hear baby heart or beat,’ ‘My baby isn’t breathing,’ and ‘How do you know if a baby is dead,’ among others.

Steven reportedly exchanged social media messages with two women but did not mention the daughter’s condition.

The diaper Zara was wearing during the sexual assault was found in his apartment. It was full of blood.

‘This case is deeply disturbing. It is hard to imagine this child’s death being any more traumatic: sexual assault on an infant, followed by inaction by the father to save her life, led to her death,’

He is held with $1mn bail in the county jail.

The ruthless father is the co-owner of a construction company assistant coach for the Lower Providence Warriors Youth Football team.

Reports confirm that Stevens had joint custody with Zara’s mother. The maternal grandparents of Zara placed her in Steven’s car for an overnight visit.

A Go Fund Me Page has been created for the grieving mother.