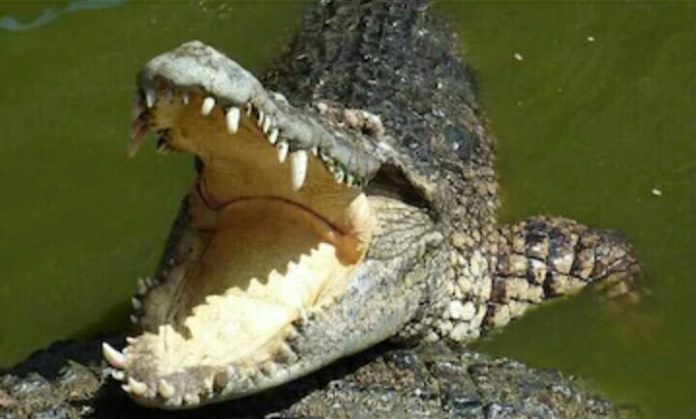 A Pastor was killed by Crocodile during Baptism ceremony in Ethiopia reported BBC. The pastor named Docho Eshete was with his 80 Protestant Congregation in the Lake Abaya. It was supposed to be a religious Sunday, but the fate has some other plans for everyone.

He just started his Baptism ceremony and was moving to the second person when a crocodile jumped from nowhere and caught the pastor. The local fisherman and others tried to save him but could only manage to get his corpse from the water.
Lake Abaya is one of the crocodile infested lakes in the country. This is also one of the tourist attractions in the African country.However, it is very difficult to spot the crocodiles in the red murky water of the Lake reported The Washington Times. It also said that due to lack of the fishes in the water, human attacks have increased.

Baptism carried out in water especially lakes are very common but such an incident is very rare. The aggressive crocodiles are known for the hunting. Many lose their limbs in such attacks. However, the pastor was not so lucky and a life was lost.