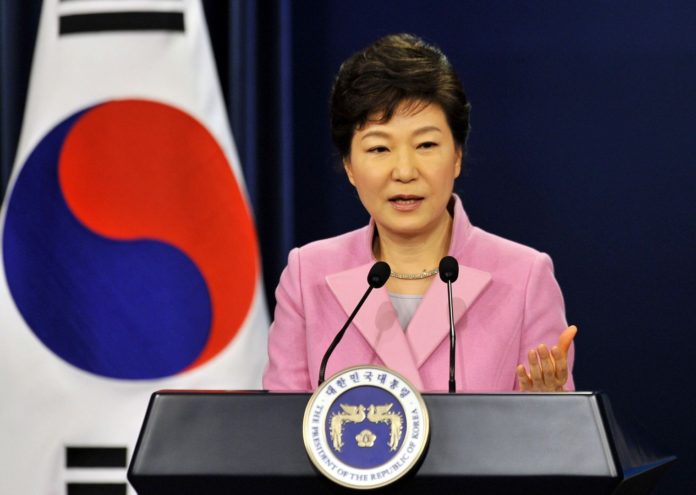 Park Geun-Hye, the first woman President of South Korea has been ousted by the court today. The President who was already impeached by the Parliament has been served the removed notice by the court for the graft issue. The court said that the President has violated the law and the constitution and has not classified or clarified any details.

The South Korean politics witnessed a huge shift when the President Park Geun-Hye was impeached after the allegation of graft case along with conglomerates. Samsung Chief is also one of the co-accused and is presently in Jail. Protesters gathered in front of the court and gave slogan. However, in a clash with the police, two protesters have reportedly lost lives. There were celebrations too in South Korea for the judgment.

However, President Park Geun-Hye has not made any statement or neither has she left the Prestigious Blue House. There will be detailed investigations on her. The next Presidential Elections of South Korea would be held in another 60 days of time.
The complications of the political void in the country could further increase the tensions with the neighbours. South Korea is presently having serious issues with China and arch-rival North Korea. It is believed that the countries would try to put pressure on this critical time. However, the parliament of South Korea continues to be functional and any further development is not expected.

The country has been under monitoring now, as the followers of the President Park Geun-Hye may gather together again and at this moment no one wants any further loss of life.

Rohingya Crisis – Why Rohingya Muslims are not Citizen of Myanmar

Line of Control – All Details of Surgical Attack and Response