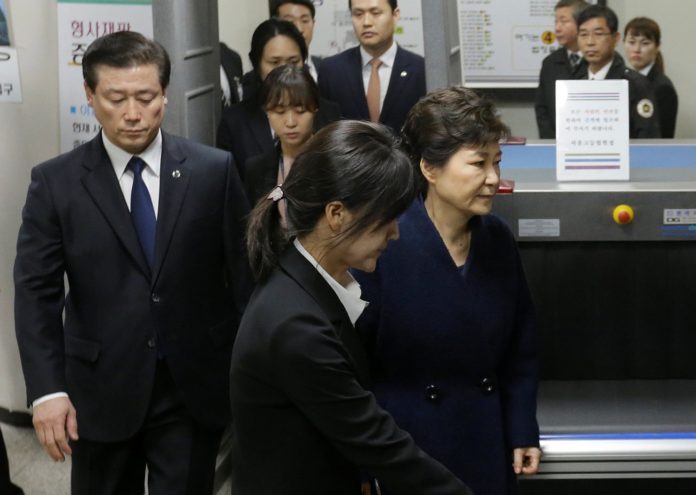 The reports and the TV footage has shown that the former President was taken to the same detention center where her long time confident and childhood friend Choi Soon-Sil and Samsung Chief Lee Jae-Yong have been detained. She would be kept under a 70 feet room for further questioning on the corruption charges. She will be given $1.30 meal on metal plate reported Washington Times. The prosecution has at least 14 charges against her for misusing her post, leaking Government secrets, corruption, and even bribery. The punishment for the charges can be very harsh for the President and one of the iconic figures of South Korea. She was also the first democratically elected President of the South Korea.

The reports of her corruption came into the light when her friend Choi was accused of using her influential friendship with the President. Later it was alleged that the President has her share in the corruption as well. There were strong demands for her impeachment and then arrest as well. She was questioned for around 14 hours in a District Court before her arrest. However, Park Geun-Hye has denied any wrongdoing. It has to be seen what would be the next course of actions against the former President.

She is the daughter of President Park Chung-Hee, the military strongman. Both his parents were assassinated and she has often seen as a tragic figure in South Korea. However, the latest court saga and the charges of corruption can ruin the image and reputation she has built for herself since childhood.

Saharanpur Violence: Latest Update and Situation in the Riot hit UP...