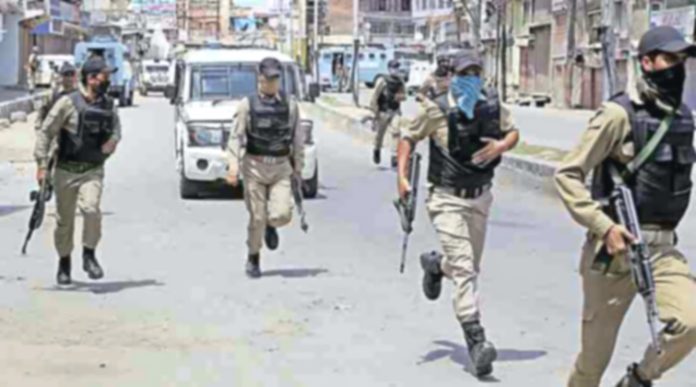 Pantha Attack in Srinagar has once exposed the militants who are constantly spraying venom in the Kashmir struggle. The LeT or Lashkar-e-Taiba has claimed the responsibility of attacking a patrol party of CRPF that belonged to the 29 Battalion. According to Times of India, Dr. Abdullah Ghaznavi, the spokesperson of the LeT has claimed the responsibility. Two CRPF brave soldiers have been martyred in the attack and another one is fighting for life in the Military Hospital in Srinagar. As per the early reports, a civilian too got injured in the incident.

The militants targeted the CRPF Patrol Party and fired indiscriminately. The LeT terrorists were heavily armed and they targeted the CRPF soldiers. However, after the surprise attack, they fled away to avoid any retaliation. This has been the new strategy of the Kashmir militants and they often avoid causalities as the security forces have gunned down many of them.

J&K Police, CRPF, and Army have started a combing operation soon after the Pantha attack. The efforts are being made to find out the hiding locations of the terrorists. However, it is not always very easy to find the terrorists in the mountain areas of Kashmir. Moreover, many reports have suggested that the locals support the terrorists in the name of Azadi or Freedom and they get shelters sometimes voluntarily and sometimes by force.

The long-standing Kashmir issue has gone beyond the Freedom that the separatists call. It is more of a terror ground and Hizbul Mujahideen, LeT and Pakistan forces are constantly interfering in Kashmir, to destabilize. However, the security forces have once again made it clear that such cowardice attack would only boost the forces.