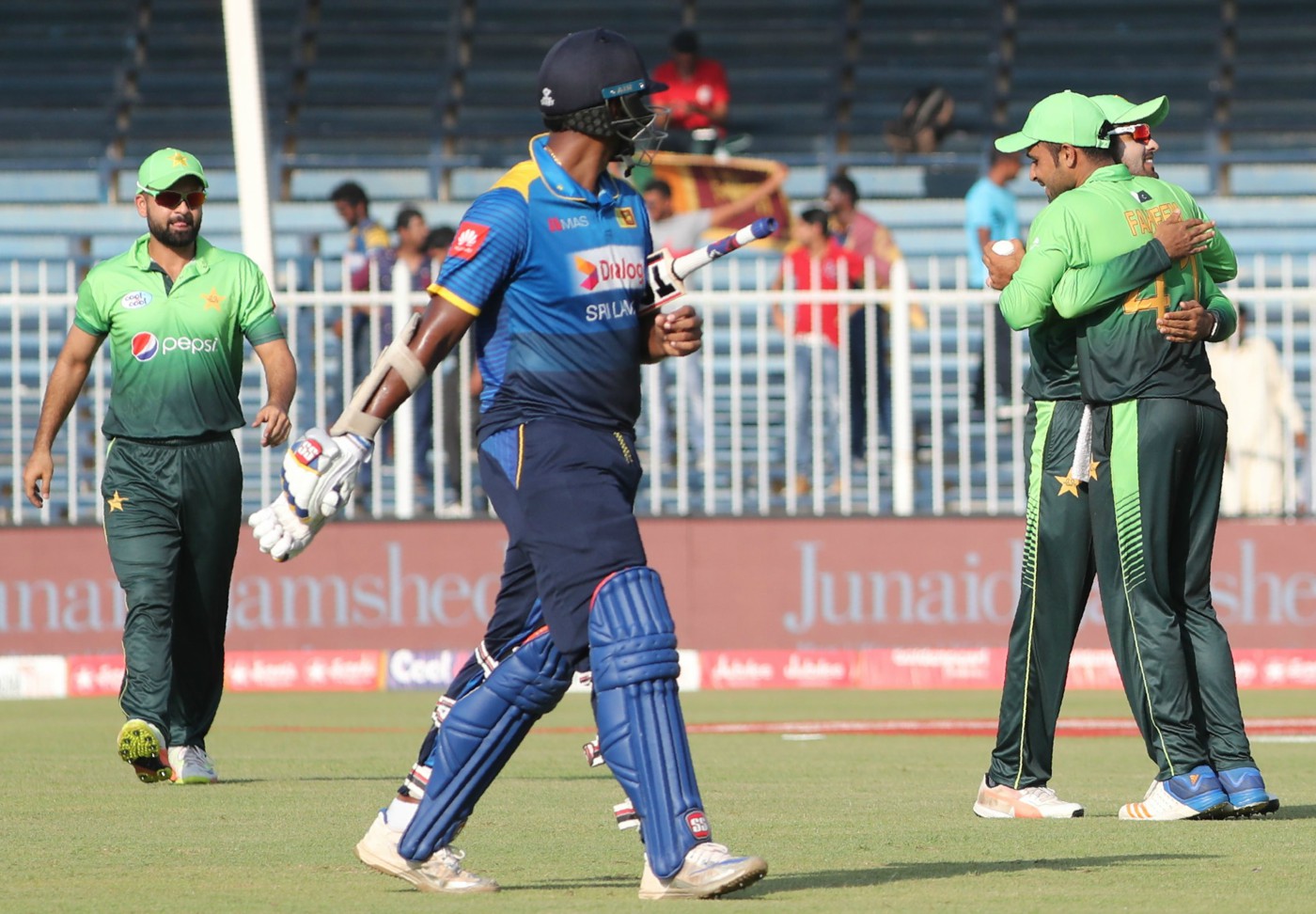 PakvSL one-day series was one of the most one-sided cricket series ever played in UAE. The Sri Lankan team was routed every time in every match. The result of 5-0 whitewash may look embarrassing for the Sri Lankan fans, but in reality, it is more than that for the players. Sri Lankan team could not reach the 200 mark four times out of five in the series and that shows how pathetic they have batted. Pakistan defeated Sri Lanka by 9 wickets and almost 30 overs to spare in the final ODI of the series.

Angelo Mathews resigned as a captain in the last series but things looked ugly from One Day cricket perspective. The World Cup is only a year away but the Sri Lankan team looks like far from prepared. However, this 5-0 whitewash against Pakistan helped Sri Lanka create a unique record in the world cricket history. They become the first ever cricket team to lose three 5-0 whitewash in a single calendar year. They were rattled by the South African team, later by India and now by Pakistan.

Sri Lankan team would travel to India soon after finishing the three T20s in Pakistan. The tour would not be very easy for them as well. However, the way they are performing, it looks like SL team would get another whitewash in India as well if the batsmen do not take the responsibilities.

PakvSL series, however, worked great for the Test Cricket for the Sri Lankan team. However, they need to sit and realize why they couldn’t translate the Test Cricket success to the One Day series. There are talented players in the team and once they start taking their own responsibilities, they have the capability to defeat any team in the world.

But for now, they are just making and breaking records for playing ugly cricket.