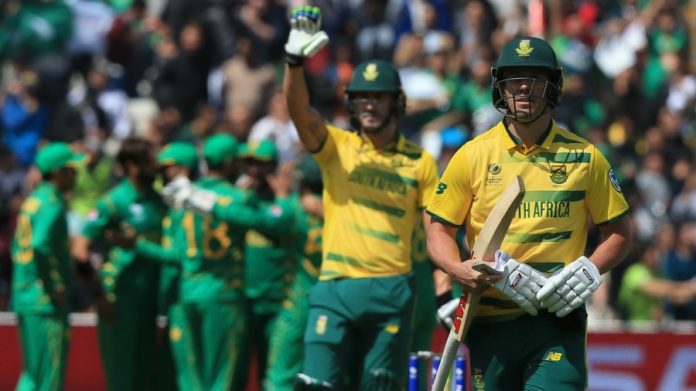 PakvSA match at the Edgbaston was once again cut short by the rain however with a result this time. The truncated match gave a rare win to Pakistan in Champions Trophy that came after 8 years. Pakistan under their new captain Sarfaraz Ahmed won this match against South Africa which was considered as one of the favourites for the Champions Trophy. However, things changed drastically in the Group B as well. Now, Pakistan has edge over South Africa to go to the Final.

Pakistan has now won a match in the Champions Trophy after 8 years. Yes, the jinx was broken after Pakistan won their last Champions Trophy match in 2009. This would be a welcome change for the team and great motivation as well. When you beat South Africa in seaming conditions, it is a booster to your confidence on any given day.

The PakvSA match was probably one of the matches that surprised many in the cricketing world. The South African team looked uncomfortable early on and the Top 4 batsmen added mere 75 runs for the team. The match was between the highest ranked South Africa and the lowest ranked Pakistan in the tournament. However, Pakistan was able to pull off a majestic result. This is the first time AB De Villiers was dismissed for a Golden Duck. Morne Morkel threatened Pakistan with some serious fast bowling, however, the rain interrupted and Pakistan was well beyond the D/L method to break the jinx.

PakvSA witnessed a turning point for the Asian team who last won against India in Champions Trophy in 2009 and since then had lost six consecutive matches. The Group B is now wide open and today’s IndvSL match would have lots to say in Champions Trophy Semi Final teams.