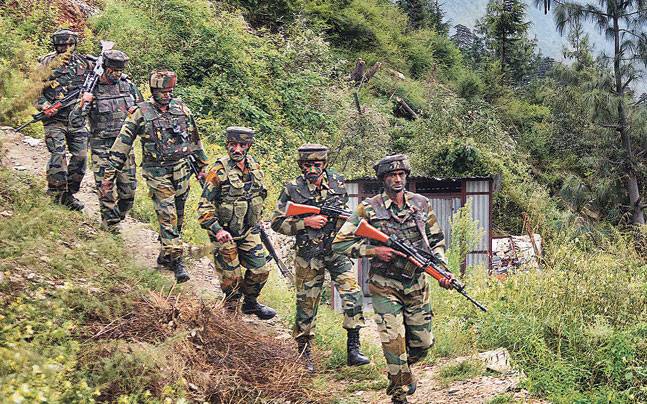 Pakistani Spy arrested by the Indian Army from Samba District of Jammu and Kashmir. The spy was keeping a close eye on the movements of the security forces and was passing the information to the Pakistani Army reports suggest. The spy had two SIM Cards of Pakistan and a well organized map that has the deployment details of the security forces in India and in LOC area reports The Times of India.


SSP of Samba District has confirmed the news and said that the man has been arrested for his espionage activities and passing on the information to the other side of the border. The SSP Joginder Singh said that a massive search operation was launched and the culprit was spotted in suspicious circumstances and as soon as the Police approached, he tried to flee the spot in Jerda Village near to the Border.

The case has been registered under the Unlawful Activities Act and the Official Secrets of Section 13 and further investigation has been started. It is still not clear what information he has passed on to Pakistan on Security Forces and Army. However, the police have already taken a grip on the spy and more details will be soon revealed expects higher authorities.

At a time when the tensions between the two countries along the International Border and the LoC have dramatically increased, the arrest of Pakistani Spy could reveal more secrets to the Indian Security Forces assume the Security Analysts. However, how much details will be revealed to the media, it is still not clear.

V K Sasikala is the New General Secretary of AIADMK