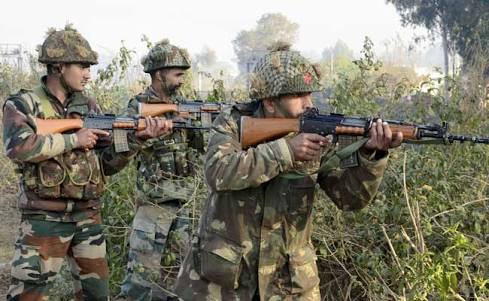 Pakistan kills civilians along the international border and the Line of Control in Jammu and Kashmir. The unprovoked Ceasefire violation by the Pakistani Rangers has caused 7 causalities today, largest in a day by the motor shells. The Indian Army and BSF are giving a befitting reply to the Pakistani Rangers. The tensions between the countries have turned worse in recent past.

Pakistan kills civilians in Samba and Rajouri sectors of the Jammu and Kashmir. On the other hand, an encounter and search operation is on in Bandipoora area with the terrorists. BSF informed that 82 mm Motor Bombs were fired from the Pakistani side. Areas like Ramgarh, Paniyari, Nowshera and Arnia are worst effect by the ceasefire violations. Eight civilians have also been injured.

The tensed situation has continued ever since the Uri Attack took place followed by the Kashmir Unrest. Pakistan sponsored terrorists have infiltrated into Jammu and Kashmir from the Pakistan Occupied Kashmir and many are in line to infiltrate majorly from Jaish-e-Mohammed and Lashkar-e-Taiba groups.

The Kashmir unrest is still going on as the militants are now burning down the schools. It is clear that the militants want to destabilize the entire Kashmir and deprive the children of education. The Islamic insurgency in Kashmir in the name of freedom has claimed many lives. Civilians and Security forces have faced major causalities ever since the Hizbul Commander Burhan Wani was killed.

India carried out a secret surgical strike to destroy the launch pads of the terrorists on September 29 and since then 60 ceasefire violations have been reported in Jammu and Kashmir.