Pakistan Government and authorities have the hostilities towards the Indian Nationals, well that is well known fact. However, amusingly, the Pakistan authorities do not do any good for the Pakistani Nationals as well. Medical facilitation in Pakistan is one of the worst in the world. The citizen of the country often travels to India for the treatment. However, since the border issues have escalated, the number of granted VISA for the Pak Nationals to India has reduced. But even if the Indian authorities want to provide them VISA, it looks Pakistan is reluctant.

It was not long ago when a Pakistani Saeed Ayub tweeted the External Affairs Minister of India, Sushma Swaraj. He said that he has sold almost half of the assets for his father’s treatment. He sold off his assets for the liver transplant of his father that has to be taken place in India. However, he is not receiving Medical Visa. Mrs. Swaraj is known for her quick response on Twitter and she replied him and assured him that he would get the Medical Facilitation and Visa, however, according to the process; Mr. Sartaz Aziz has to recommend his case.

But it has been more than a month now, Sartaz Aziz, the adviser to Pakistan PM, has not recommended any case. He has not even acknowledged the letter of the Foreign Minister for any VISA related case. Today, Sushma Swaraj just exposed him and told the Pakistani nationals that how they are being fooled by their own state. This is not something new. Pakistan does everything and blames it on India to incite more hatred.

If someone requires a Medical Visa to save a life, then India is ready to offer the help, but Pakistan tries to play with the lives, so that hatred can increase. It is time for the authorities to wake up and prioritize the life rather than politics every time. 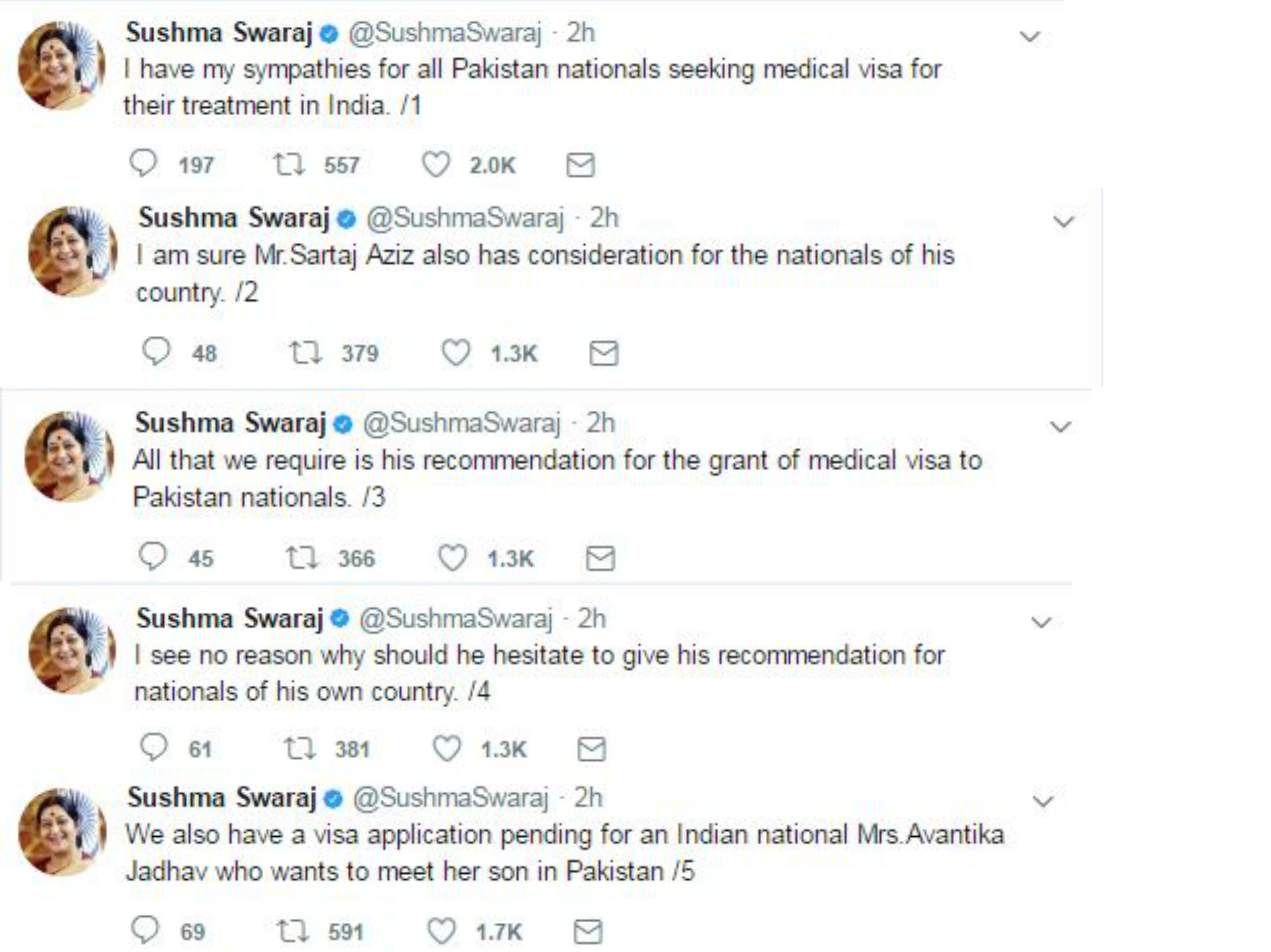 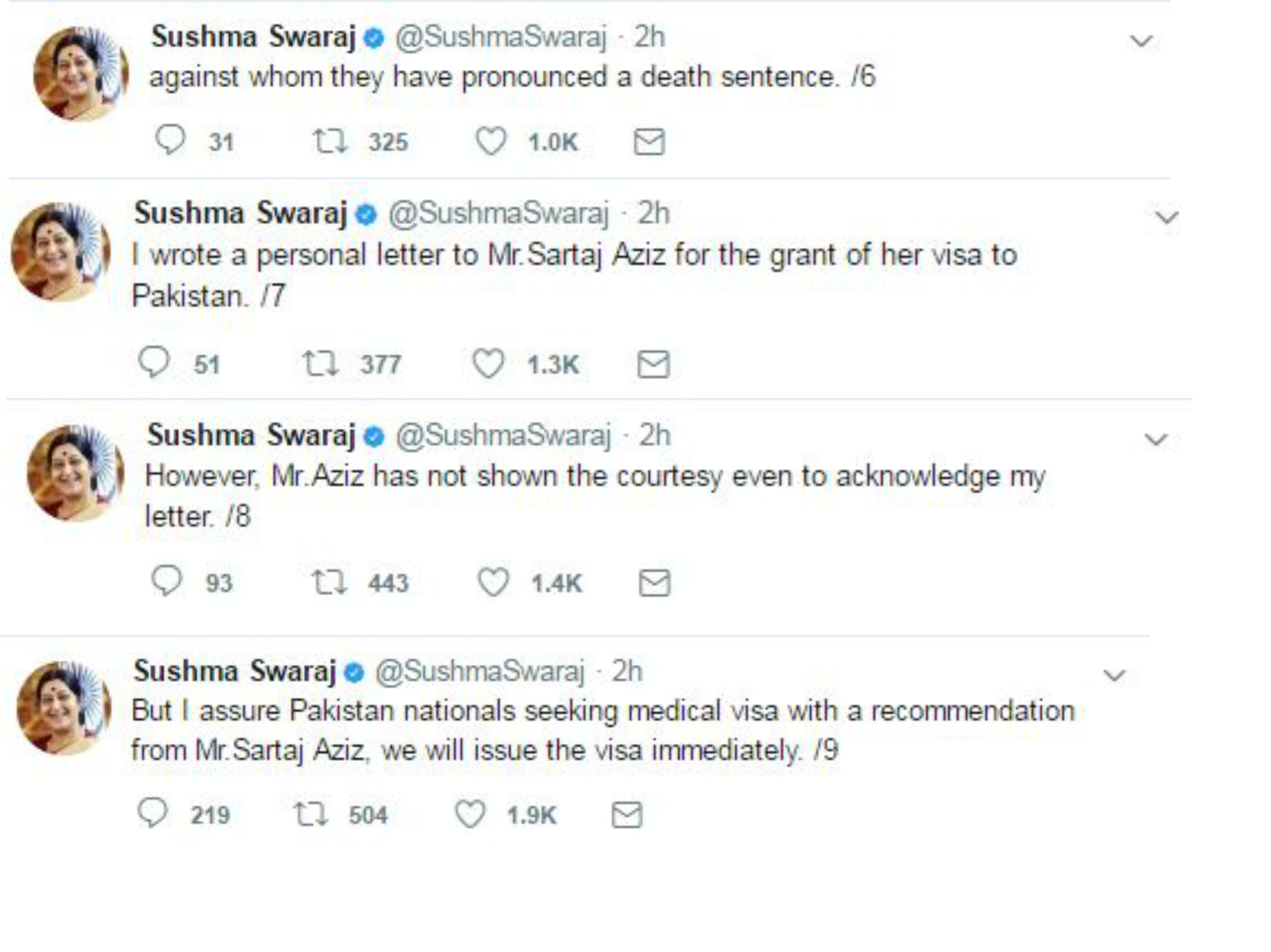 Pakistan Media to host Anti-India shows – Kashmir Propaganda to be...