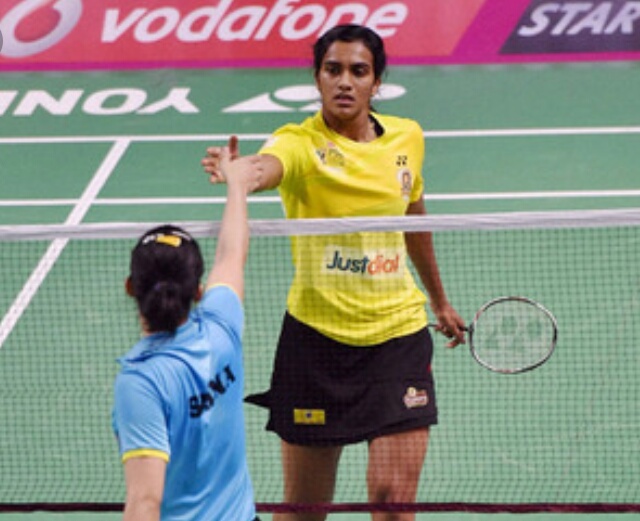 P V Sindhu beats Saina Nehwal in the straight sets at the India Open in New Delhi. The heavyweight match of the quarterfinal sees Saina fighting hard but Sindhu kept the nerve to win the match with 22-16 and 22-20. However, at the post-match conference, it was quite evident, that the arrogance in Sindhu is surging. Well, she has made the nation proud. I danced to the feat of “Chak De India” even when she failed to surpass Carolina Marine in Rio Olympics. However, the energetic girl does not look the same.

After the game, PV Sindhu said, that Saina Nehwal is no special player that she has to beat her every time. She is just like other players she is playing against and she gave 100%. She also said that she was not nervous and had confidence that she will win. Well, it is perfectly fine to consider everyone as same but at the same time, a sportsperson must respect the opponent. P V Sindhu is obviously feeling the top of the world, but she must not forget that there was a time when Saina Nehwal was the Number 1 badminton player in the world. She has won the tournament she is playing twice before. It is true that her form has come down heavily after injury but she has been very competitive.

However, everyone would want both of them to grow in career and make the country proud. P V Sindhu beats Saina Nehwal this time and we would hope even better contest in future. Saina did not come for the post match interview.