Breaking News – PV Sindhu loses the final but won the silver medal. She lost the match to Carolina Marin.

She won the first set but lost the remaining two sets.

Live Semi Final – P V Sindhu made history and assured India another medal and this time at least a Silver. P V Sindhu has defeated Nozomi Okuhara of Japan in straight sets to enter the Final. She would play the final against the No 1 Badminton player Carolina Marin in the Finals. Will India get the first Gold Medal of Rio 2016?

PV Sindhu has ensured that India get another medal and that too with immense attitude. The win is important for Sindhu because it will give her major confidence boost ahead of the final. She has crushed her opponent in just 49 minutes and won the 21-19 and 21-10 . 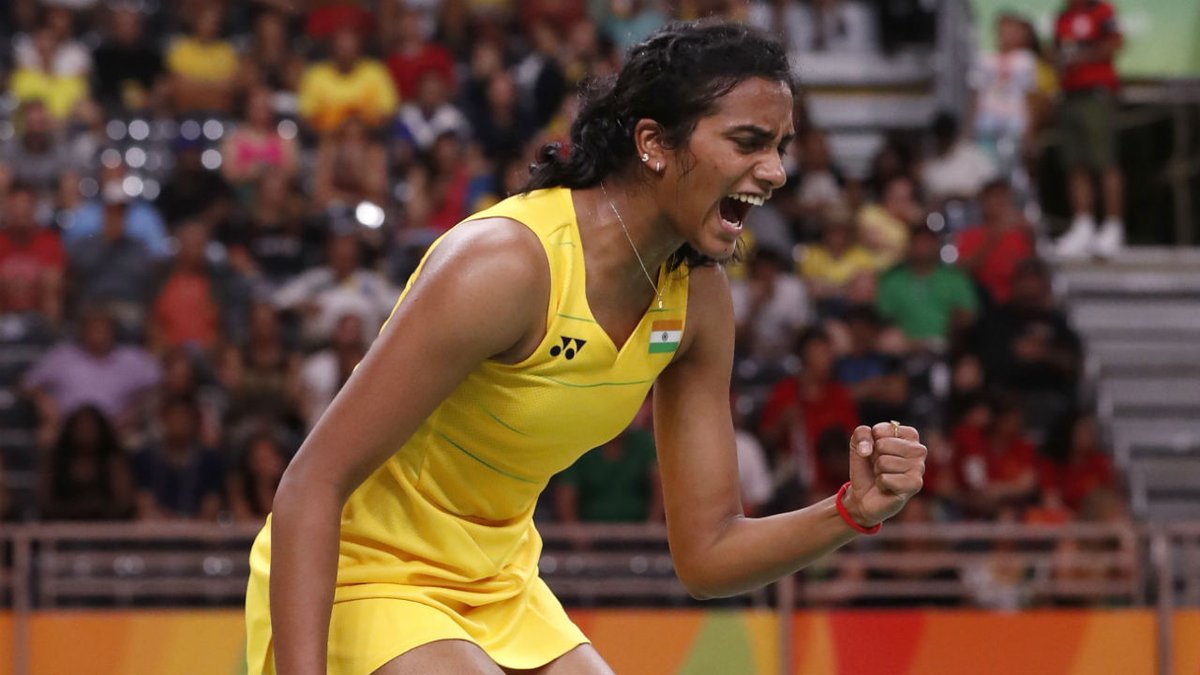 Here is the Quarterfinal Recap

P V Sandhu has taken a giant leap and has defeated World No 2 Wang Yihan to secure a place in Semi Finals. She is one win away from the medal. Can Sandhu do it for India in Rio?

P V Sandhu today defeated Tai Tzu-ying of Chinese Taipei to book a place in the Quarter Finals of the Badminton Singles. The classic P V Sindhu looked in dashing form and uprooted the opponent to reach to the last 8.

However, the Indian Badminton Player now has to play the World No 2 to book a place at the Semi Finals of the Badminton for India in Rio Olympics 2016. The World No 10 Indian Shuttler looked confident throughout the game and won her first game with 21-13. However, she lost momentum when the World No 8 Tai came back from 12-6 to 15-13.. Sandhu then shifted her gear and snatched 6 consecutive points. The next game was nothing different as well and P V Sandhu won it comfortably at 21-15. The 21 years old P V Sandhu has now qualified for the quarter finals of the Rio Olympics Badminton.

She would be one of the major hopes for India now. Saina Nehwal has already crashed out of the tournament but hopes and expectation would be on Sandhu. She would face the World No 2 Wang Yihan of China on Wednesday for the Last 4 places.

Also read – Why Vikas Krishan was unlucky to lose

Will Sandhu create the magic this year? Well, the 21 years old badminton player has all the potential and may be Rio2016 should be the year when she would write her own history.