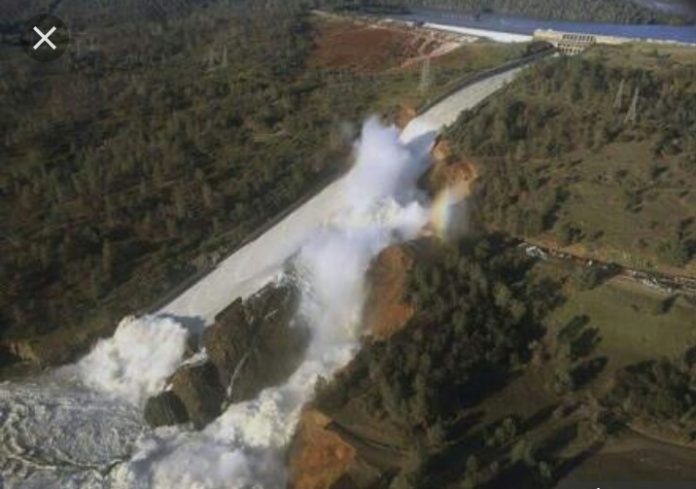 The Oroville Dam, the tallest in the United States in California is posing danger for the residents living in the lower area of it. The residents have been informed to flee the location as there are enough chances that the dam would break.

The dam located on the Oroville Lake may spillway the floodwater to the remote and rural areas in California, located just beneath the dam. The heavy rainfall has caused the increased floodwater in the dam and the water level was recorded in threatening level. The water department soon released a statement that the heavy water could actually collapse the dam and that could be disastrous. Evacuation orders were already passed and residents were helped to move to safer locations.

Even though, the department predicted a fall within hours, the dam stood still but heavy loss has been reported. The evacuation order is still in place, as the authorities believe that the dam could fall at anytime. However, helicopters would be used to fill the huge corroded structure in the spillway reported Times of India. The damaged structure at the Spillway can have catastrophic results believes the expert and the evacuation orders are very appropriate considering the situation, believes the experts.

The officials have reportedly informed that the damage could unleash gallons of water into the north of California and adjoining areas of Oroville. The reported amount could be as much as 30 feet of water.

The damage is very much there at the Oroville Dam and the authorities are trying everything to stop the catastrophic impact.

Donald Trump vs James Comey – US President has dented the...

US Aid to Pakistan – Country may face further trouble