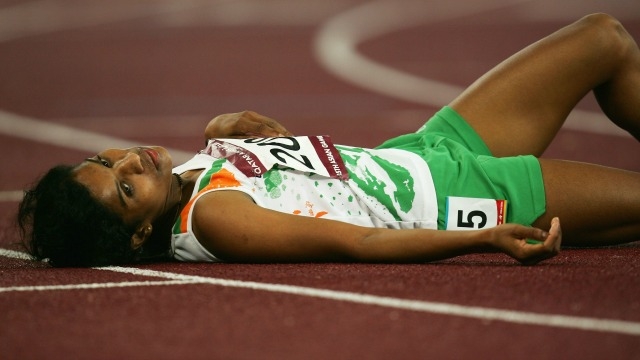 Is OP Jaisha Lying? Well, the Athletics Federation of India has hit back to the controversy of the Rio Olympics Marathon Race. The AFI said that the information is misleading and incorrect to be précised.


OP Jaisha, a marathon runner said that she almost died as the Indian counter was unmanned and there were lack of water and the refreshments for the athletes. She fainted after completing the 42 Km race in the high heat. It has reported that she remained unconscious for almost 3 hours. But is OP Jaisha lying? With all the probabilities, it look no she isn’t. But what Athletics Federation of India has to say.

The AFI released statement and termed it unfortunate. To brief the entire statement, the AFI said that OP Jaisha and Mr Raut the marathon participants of Rio 2016 for India declined the personalized drink. The AFI said that she informed that she does not need it but even if she needs then she can get it from the common Olympics Counter. However, in the interview, OP Jaisha claimed that organizers were missing. The AFI also told the OP Jaisha was not qualified for the 1500 meters race. The statement informed that she even refused drink during the 2015 World Championship in Beijing and she had habit of running without it.


As far as the fainting is concerned, AFI said that the ambulance was made ready within couple of minutes after she felt unconscious. But that does mean OP Jaisha lying? Well, a probe is very much required which should be independent and fair to disclose the truth behind the Rio Olympics Mess.

Sheila Dixit 2.0 – How it can change Congress Chances for...

Bhima Koregaon Violence – Things that you must know