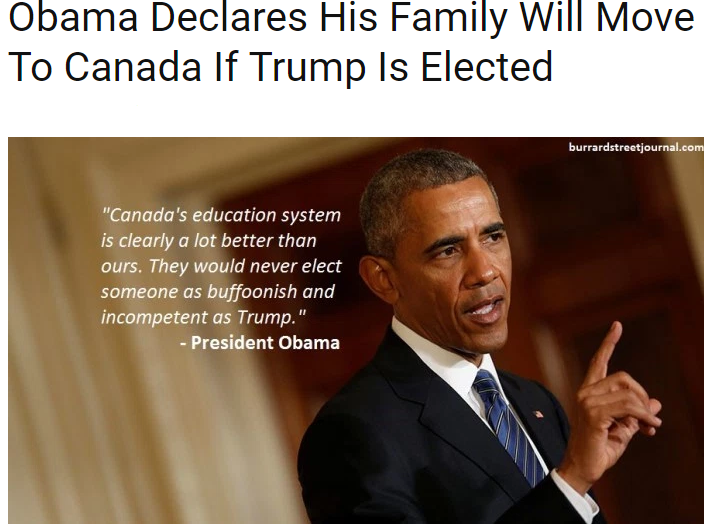 Obama will move to Canada if Donald Trump wins, this is news that is circulating over social media and everywhere else online. President Barrack Obama has confirmed that he along with his family would travel to Canada because someone like Donald Trump will become the President of USA. However, this is as FALSE as the claim that OBAMA IS THE FOUNDER OF ISIS.

The news got circulated from The BS Journal News/Satire site. It claimed that President Obama will move to Canada if Donald Trump wins the Presidential Election. The journal also says that President Barrack Obama has praised Canadian Education system as compared to the American. It got huge shares and likes and many other fell for it and even other news websites or satire websites started pressing the same news and generating likes comments and shares. Canada is a wonderful place to live and there will be plenty of people looking at the new homes in New Westminister, but Obama certainly won’t be one of them. The Obama Canada Hoax can’t last for long. However, this is not the first time that the news Obama will move to Canada if Donald Trump wins has been circulated. The hoax has been tried earlier as well but interestingly it got a better response this time.

Buzz Feed reported that the same website published another hoax that claimed that America should never have given independence to Canada and he would ensure to make Canada, America again. Well, how on earth, someone can believe this. But many can, especially when this is based on Donald Trump who is known for his hilarious and controversial statements. The tons of shares and retweets made it an instant hit. 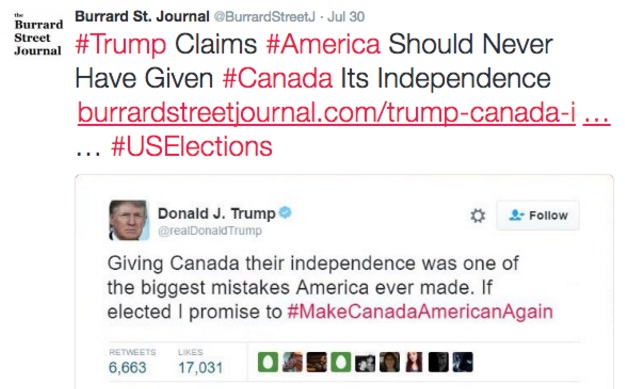 However, the question comes that is the logical reasoning of human mind diminishing? Are people blindly following everything in the Social Media era? The hoax can make someone believe it, and can make someone laugh. But it made me worried, Are we on the right track? Well, it does not seem to be.

However. the real news is that President Barrack Obama has intended to stay in Washington after the Elections as well.

With Inputs from Buzzfeed.com