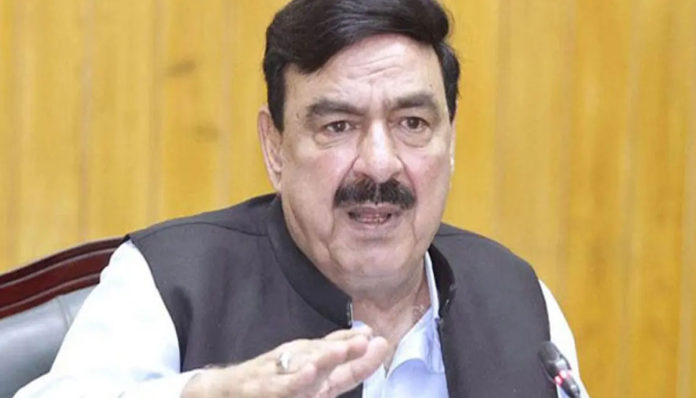 The nuclear war rhetoric of Pakistan is not new. The ministers and army time and again have threatened India of a nuke. However, this time Pakistan Minister Sheikh Rashid went a step ahead. He spoke about calculated nuclear weapons which will not kill Muslims but people from other religions. The minister said that they will target regions with the small nuclear which would ensure that Muslim lives are saved.

In an interview with a local television Samna TV, the minister said that Pakistan has no option of going to conventional war, and if provoked or attacked then that will be the end. Pakistan’s minister has told that the war will be bloody and will end India.

This is not the first time Pakistan has threatened India with nuclear war. Pakistan Prime Minister Imran Khan last year issued similar statements after India revoked Article 370 and Article 35A from Jammu and Kashmir.

Pakistan has claimed that India unilaterally changed the status of Jammu and Kashmir which they believe is disputed land between the two countries. Ironically, there is no such arrangement of Article 370 or Article 35A in Pakistan Occupied Kashmir. Pakistan has long back unilaterally included Gilgit Baltistan. They have even leased Shaksgam Valley to China.

Pakistan claims that India does not want to follow the UN resolution of plebiscite in Jammu and Kashmir. However, the first rule of resolution is that Pakistan needs to vacate Pakistan Occupied Kashmir. Pakistan has also signed an agreement with India to resolve all issues including Kashmir bilaterally which makes UN resolution null and void. As per the legal instrument of annexation, the entire state of Jammu and Kashmir including POK and Gilgit Baltistan is part of India.

The warmongering and nuclear threats to kill all but Muslims only make the claims of Pakistan minister ridiculous. The hatred that the ministers and Pakistan authorities have against the Non-Muslims is not a secret. However, they do more harm to Indian Muslims than good.

Muslims of India who did not go to the Islamic country failed the very idea of Pakistan. The Muslims in India are equally patriotic like any other in the country would lay their lives for their motherland.

The Nuclear Warmongering of Pakistan makes it an irresponsible Nuclear state. India has however not responded to this rhetoric and warmongering.