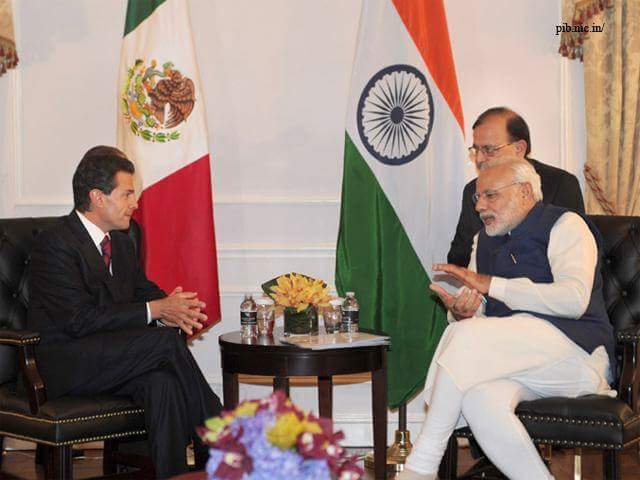 India takes another step ahead for the NSG Membership. After the US Congress Speech, Prime Minister Narendra Modi visited the Mexico City and met the Mexican President Enrique Pena Nieto. After a long discussion of strategic and cooperative mission, Mexican President and Narendra Modi announced the support of Mexico on India’s NSG Membership. Switzerland has already extended the support to India and the Mexican support would be key as these are very significant countries in the NSG Group.

What is NSG Membership?

NSG is Nuclear Supplier Group which consists of 48 nations in the world. The group can have trade and export of atomic energy within the countries. India has been trying for the NSG membership since a long time. However, the formal bid has been put forward on May 12.

What is the Roadblock?

NSG works with all consent formula, so if even a single country blocks the bid, India will not be granted the membership. China has been opposing India’s bid for a long time. India has not signed the NPT or Nuclear Non-Proliferation Treaty. China has opposed India’s move for the same. However, during the discussion, the other countries including the US have agreed to grant NSG membership to India considering the track record of the country.

NSG has already granted a waiver for India in 2008 for accessing Nuclear Technology. China was reluctant to even then but had to agree on the international pressure after the Indo-Us Nuclear deal.

It will be interesting to see the outcome of the bid as the membership can increase the energy sector and atomic energy sector for India by multiple folds.