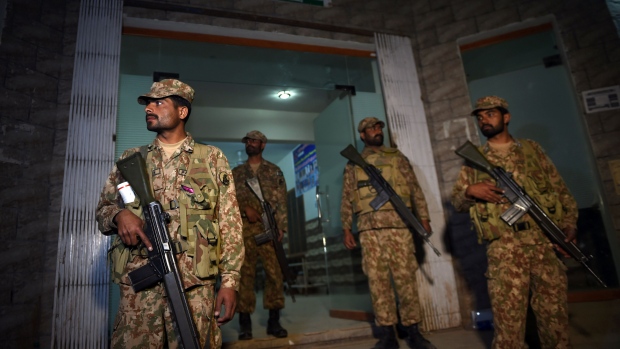 Pakistan Claims Surgical Strike soon after the Sufi Shrine blast. The local reports suggest that Pakistan forces demolished the terrorists camp in Afghanistan. As per the reports, Pakistan forces killed many terrorists at the Afghanistan border who set up terrorist launch pads. However, it is not clear that whether Pakistan claimed that the forces crossed the border.

After the Sufi Shrine blast, Pakistan accused Afghanistan based terrorists. The blast killed at least 88 members in Sindh Province near Hyderabad, Pakistan. The Pakistan Army claimed that it had killed over 100 terrorists after the attack. However, according to the new reports Pakistan Claims Surgical Strike in Afghanistan.

The border between the two countries has already been closed and the tension has further escalated. Both the South Asian countries blame each other for terrorist activities and the tension has only mounted since the Taliban was ousted from Afghanistan. Pakistan has often been criticized for the difference between Good and Bad Taliban and has supported one of the Taliban Fractions whereas the other fraction has waged a war against Pakistan. Afghanistan claims that Pakistan supported Taliban attacked various parts if the country.

Recently the Islamic State carried out a deadly Suicide attack on the Shrine of the Lal Shahbaz Qalander, a 13th century Muslim Saint killing 88 and injuring several others. On Feb 13, a few days before the Sufi Shrine attack, a blast took place at a Protest March killing 13 people mostly cops.

China’s CPEC goes through POK, but does not want development in...