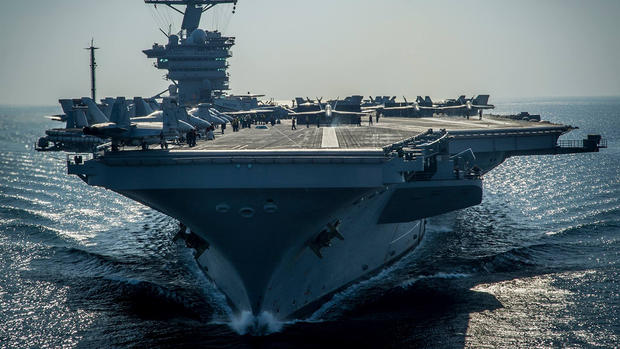 The North Korea – US standoff has no sign of de-escalation as of now. North Korea has threatened the United States that it would attack the US Aircraft Carrier that should be on the Korean Peninsula within days now. However, the situation got even more tensed after Japan has sent two destroyer fleets to join the USS Carl Vinson. Various tactics may be practiced ahead of the North Korea aggression.

The South Korean Army is already on high alert. However, things may get even worse in future. Japan has participated as US ally and the country is always under the threat of the communist North Korea. Even the lawmakers in Japan has suggested that missiles should be acquired that can hit North Korea directly before it hits Japan. The Japan Navy is the second largest in Asia after China and is considered as one of the best in the world.

North Korea is planning to stage another Nuclear test and that could happen in the 85th formation day of the Korean People’s Army. China, the sole ally of North Korea has warned against such activity. North Korea has threatened the US to launch Nuclear Missile directly to the United States and to its Asian Allies if the aggression is not stopped.

Donald Trump has urged the Chinese counterpart to deescalate the situation but as of now, there is no retreat from any of the party. As per the Chinese Media and Ministers, a War is at the doorstep and can break out at any moment of time. If North Korea, posses a Nuclear Weapon and it uses, then more than billion people may die in the world. However, this may run into many billions if the United States reply with another atomic bomb at the North Korea.