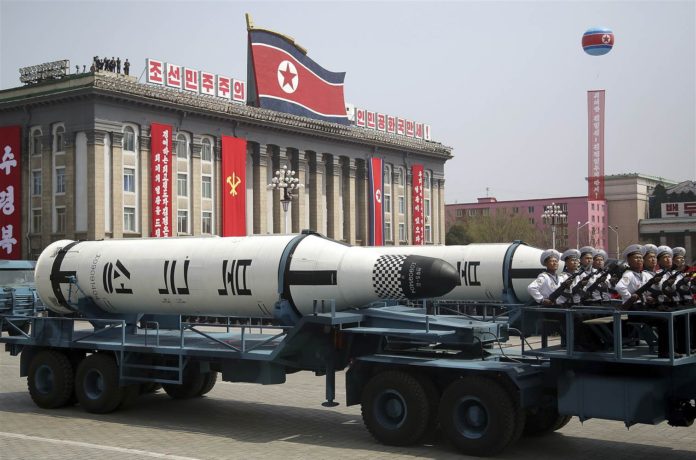 North Korea Ballistic Missile fired from an area near Kusong is appeared to be an Intercontinental Ballistic Missile or ICBM believes the reports. However, it is yet to be confirmed that whether the latest fired missile was a threat to the United States.
According to the sources in South Korea and the United States, North Korea has again launched a missile which has travelled around 500 miles reports believed. The report believes that the North Korea is trying to launch a missile of “Musudan” type which can be travel at least 2400 miles. However, North Korea showcases its K-08 which has a theoretical range of 7500 miles that can bring the entire United States in the range of North Korea.

The dream of Kim Jong-Un is to make a stable ICBM to threaten the US and it is slowly becoming a reality. The United States has threatened but North Korea has not even bothered. The desperate attempts of United States, China, South Korea and Japan to stop the Tests of the missiles have ended up as void. North Korea Ballistic Missile was again fired from the same location from where the previous missiles were fired. This Sunday, it was again provided that North Korea is defiant and the United States is just losing the plot all over again.

In all possibilities, the Korean Peninsula is going to be heated up yet again after the North Korea Ballistic Missile fire.

Hilary Clinton is ahead – US Presidential Elections 2016 takes New...