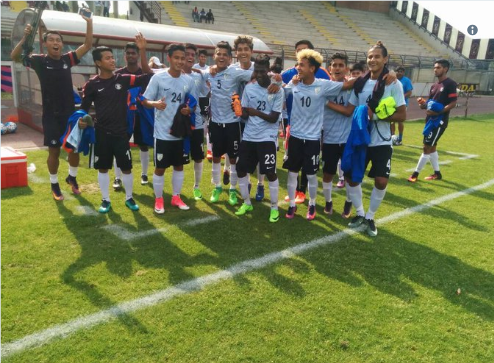 All the Football enthusiast were very excited for the win. However, that does not take anything away from the team. A win is a win for the team. The Asian Herald congratulates the India U17 team for the crushing performance. It does not really matter whether it is Italy U17 or Lega Pro U17, India needs to perform better on the international side and that is the beginning.

However, AIFF which confirmed the reports of India U17 v Italy U17 should come in open to address the confusion. Either AIFF dragged the issue to claim a feat or they made an unintended mistake.

We believe that the AIFF will come with an explanation but irrespective of the fact, the entire country is with the team and of course proud of them.
#BackTheBlue